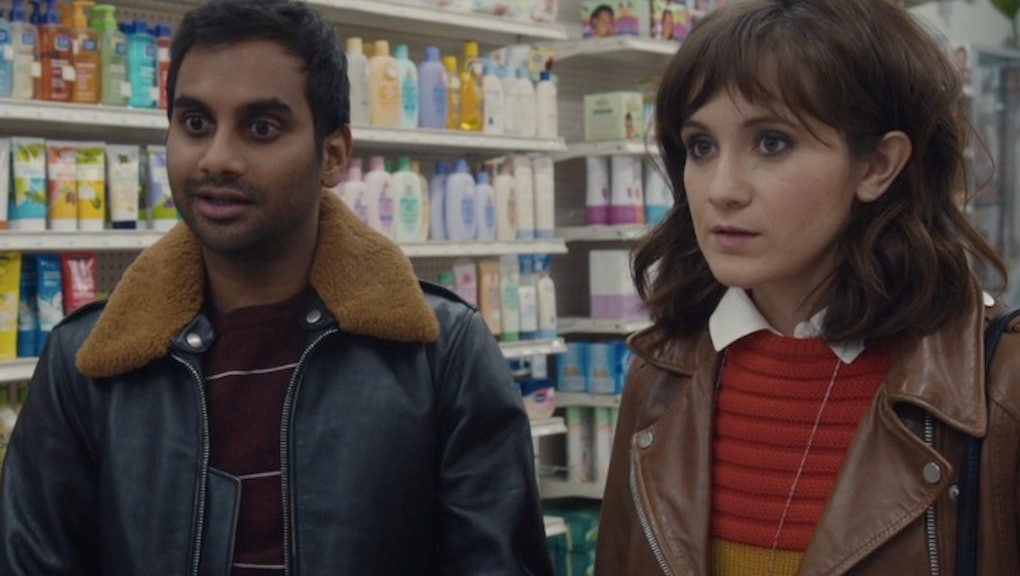 Who Should Really Pay for Plan B if the Condom Breaks?

A condom breaks. You forget to take your birth control pill. You're caught in the heat of the moment. Cue the midnight rush to the pharmacy.

Since 2009, when Plan B first became available over-the-counter for men and women 17 and up (and later without an age restriction in 2013), the morning-after pill has been a life-changing option for many couples who forget to pull out or have a condom break while they're getting it on. In fact, according to 2013 data from the Centers for Disease Control and Prevention, nearly 11% of women have used Plan B after having sex.

Yet, although a sizable number of couples have needed emergency contraception at one point or another, we don't talk about EC very often in our culture. Besides debates about whether EC should be covered by Obamacare or wildly inaccurate depictions of the morning-after pill on The Walking Dead, we're largely silent about what it's like to take EC, let alone what it actually does.

Recently, however, Netflix's Master of None tackled the topic of the morning-after pill in an incredibly realistic and progressive scene that opened the series. The show opens as Dev (Aziz Ansari) and Rachel (Noël Wells) meet at a bar and have a one-night stand.

In bed, Dev realizes that the condom broke. Like any good 21st century hookup, the pair quickly Google "Is there sperm in pre-cum?" They decide not to risk it, call an Uber and head over to the pharmacy together. The pharmacist immediately knows what they've come in for, and they secure the Plan B. Only, there's a bit of an unexpected twist.

Dev insists they get Martinelli's apple juice to accompany the emergency contraception. Naturally, Rachel gets her wallet out to pay, when Dev says, "Oh, no. Please, I got it. My treat."

While the price of emergency contraception varies from pharmacy to brand (and insurance could possibly cover it if you have a prescription), the average cost as of 2013 was $48 for Plan B One-Step. For many people, $50 is a hefty bill for a broken condom or skipped pill, so who has to pay it?

To get to the bottom of the debate, Mic asked millennial men and women about their experiences taking the morning-after pill themselves or with a partner and who really should foot the bill at the pharmacy.

Some women would rather go it alone.

"It was freshman year of college and there was a little bit of ... slippage post sex," Sarah*, 27, who has used Plan B once, told Mic. "I had just started seeing this guy and felt really squeamish telling him I needed the pill. Naturally, instead, my best friend accompanied me to the pharmacy."

Sarah and her friend bought cheesecake and watched bad movies while she dealt with the nausea of the morning-after pill. "I felt awesome being able to pay for that freedom myself," Sarah said.

Sarah's story is pretty common. As Megan Kavanaugh, a senior researcher at the Guttmacher Institute, told NPR, often women only use Plan B once ever. And a lot of them might want to keep that information to themselves.

Other women who are vocal about wanting to pay on their own expressed concerns with the awkwardness of telling a one-off partner. "If it's just casual, it's the woman's responsibility considering she's the one who would have to handle being pregnant," Jane*, 30, who once took EC without informing her casual partner, told Mic.

Rebecca*, 28, once had the condom break while sleeping with a friend she wasn't in a serious committed relationship with. They ended up splitting the cost, but Rebecca said that it was all circumstantial. Given a different partner, she knew it would ultimately be her choice and responsibility. "I think it's important for women to have agency to take care of themselves and make the decisions about their body," she said.

But they wouldn't mind if men chipped in.

"Men should at least offer on buying or insist on reimbursing for emergency contraception," Denise said. "Whether or not they are present for any part of it is up to me to communicate, but the decent thing for a partner to do would be to give me some money for it. It is a sign that they care about my well being and understand how expensive being a woman can be."

That kind of attitude might come from the fact that women are often the default providers of contraception during sex — and that can cost anywhere from $160 to $600 a year for common methods like the pill or patch, according to estimates from U.S. News and World Report. Since you're no longer required to have a prescription for EC, men can help with the financial load for women's reproductive health costs.

"Every now and then, offer to pay. It's a really nice gesture at a possibly tough moment," Candace*, 27, who's had to buy Plan B alone twice, told Mic.

And some men really do want to treat.

While birth control pills, patches, rings and IUDS are largely considered a woman's financial responsibility (as well as her insurer's), buying condoms is still widely considered a man's job. According to a 2014 Trojan Condom compliance survey of 1,000 sexually active adults, 83% of men said they purchased the condoms the last time they had sex.

The expectation is typically that women buy hormonal pills, but when it comes to Plan B, which you really only use after partnered sex, rules about who buys what go out the window.

"I have bought the morning after pill with girls before. I've actually been to the pharmacy with two girls. One girl twice," Seth*, 28, told Mic. "I made the gesture to pay for both. I mean, I was the one who came inside her. If anything did go wrong, I would be there for her 100%."

Was it a Martinelli's moment? "I didn't get her snacks, but we went out for lunch afterwards," Seth said.

"We went out for lunch afterwards."

If men like Seth seem rare, it's because they might be. There's plenty of anecdotal evidence about men shirking the bill for EC. In fact, research has shown that men have a harder time accessing emergency contraception, even though it's perfectly legal for them to buy it. A 2014 study that had various men mystery shopping at pharmacies in New York City found that about 20% of the time, men were turned away from getting Plan B. But that doesn't mean they shouldn't try. It is, after all, a good boyfriend deed.

"We want guys to be involved," Dr. David Bells of Columbia University Medical Center, also lead author of the study, told Mic. "The overall goal is to make sure males are in the conversation as people talk about access, because it always has been a part of the FDA ruling that men could [purchase emergency contraception.]"

When Steve was non-monogamously dating a woman and she had unprotected sex, he suggested she get Plan B, even though the sex wasn't with him. "I paid for it because she didn't have much money," Steve*, 30, told Mic. "I'm completely fine with the decision. Whoever it's more convenient for buys it, we'll find a way to balance things out."

The majority would prefer to go splitsies.

Overwhelmingly, most men and women said that while paying for Plan B hasn't always been even, ideally they'd prefer to go splitsies.

Heather*, 24, said that once, after the condom broke while having sex with her boyfriend, he offered to help pay for Plan B, but she felt too embarrassed to accept it. Now, she regrets turning him down.

"I think I'd like [future partners] to be considerate enough to have a kind of 50/50 type of deal," Heather said. "They provide condoms when they can and I would do the same. I think the way my partner reacted to wanting to purchase the Plan B was really important for our relationship now. It made me feel like I could trust them more."

"Totally appropriate for both of us to do what needed to be done," Sasha*, 24, who took Plan B in the last week with her longterm partner and split the cost, told Mic. "We ain't ready for no baby and we have far too many pets."

But, most of all, men and women want a conversation.

In some cases, as Bells pointed out to Mic, men and women still have to ask for the morning-after pill behind the counter (as opposed to getting it off the shelf, like condoms), so it's important that men are just as comfortable asking and paying for it. Since women need to take Plan B and other generics within 72 hours of unprotected sex, having both partners willing to buy it ensures women get it when they need it.

"I appreciate when my male partner shows emotional support regarding contraception. It's a lopsided situation since the woman's body is the only one affected by not using contraception — so any shared responsibility and support from the man is appropriate," Katrina*, 27, said.

Having a conversation about emergency contraception and feeling supported can be tricky with some casual sex partners. As one lengthy discussion on Reddit about asking one-night stands to pay for Plan B demonstrated, sometimes asking a random hookup for their number is nerve-wracking, let alone for $50 to help fund EC.

But being able to have conversations about sexual health with your actual sex partners is pretty important for most people.

"I look back on my time taking Plan B and wish I could have just told my boyfriend," Sarah said. "Like, what if I we were both in bed and able to openly discuss the risks of pregnancy, the costs, the realities? That would be kind of romantic."

Some Martinelli's (or any good snack) couldn't hurt, either.

*First names have been changed to allow subjects to speak freely about private matters.