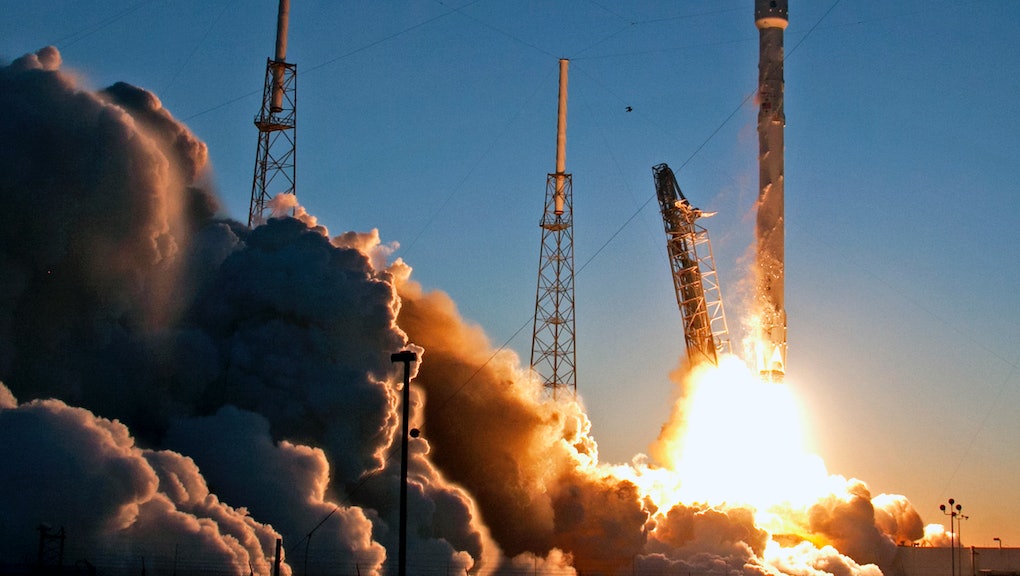 What Is the Space Act of 2015? Private Space Flight Gets Boost From Congress

Congress this week voted in favor of a bill known at the Space Act of 2015, also called H.R. 2262 or the U.S. Commercial Space Launch Competitiveness Act, which opens the door — or rather, the sky — to independent firms looking to make a profit in space.

The Space Act, which awaits President Barack Obama's signature, aims to expand the U.S. space industry by letting private firms (as in not NASA or the military) launch missions to explore and collect space materials for commercial purposes. That means companies that can afford to launch a private mission to excavate in space could, in theory, mine asteroids for precious minerals.

According to the text of the bill, the legislation would expand the U.S. space industry in a couple ways, among them helping to support private-sector space launches and reentries and by involving the private sector more closely in improving U.S. launch sites.

Accord to the bill's text, the Office of Space Commercialization must "foster the conditions for the economic growth and technological advancement of the U.S. space commerce industry; coordinate space commerce policy issues and actions within Commerce; represent Commerce in the development of U.S. policies and in negotiations with foreign countries to promote U.S. space commerce; promote the advancement of U.S. geospatial technologies related to space commerce in cooperation with relevant interagency working groups; and support federal government organizations working on Space-Based Positioning, Navigation and Timing policy."

On social media, opinions were divided on the Space Act of 2015:

While the Congress-backed bill might help regulate anti-competitiveness in the U.S., it's unclear how it might affect international diplomacy or America's relationship with other nations looking to the stars for profits.

"I certainly expect to see some opposition, notably involving Russia, in view of its currently strained relations with the U.S. and maybe some vocal anti-U.S. Third World countries who, on a political plane, may have a field day with this 'token of unilateral U.S. imperialism' to try and catch their possible general view in a nutshell," Frans von der Dunk, a professor at the University of Nebraska-Lincoln College of Law who specializes in space law, told the Daily Nebraskan.

Yet in a press release published on Nov. 10, Planetary Resources co-founder Eric Anderson emphasized the historical importance of Congress' decision and argued that the bill sets up a framework for economic growth.

"Many years from now, we will view this pivotal moment in time as a major step toward humanity becoming a multi-planetary species," Anderson said in the release. "This legislation establishes the same supportive framework that created the great economies of history, and it will foster the sustained development of space."