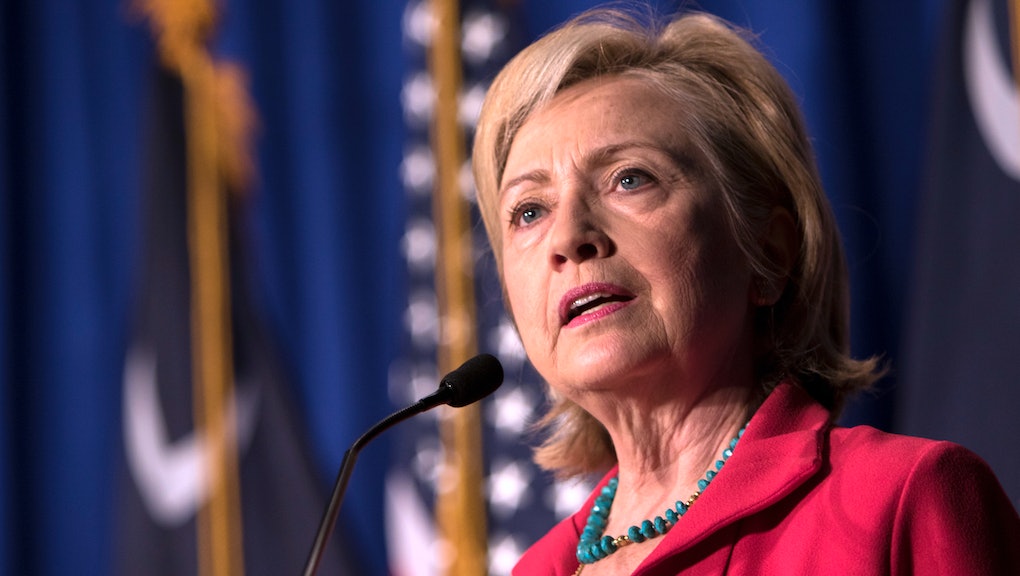 Op-Ed: Clinton's Wrong on the Death Penalty. I Know — It Almost Killed Me

I know firsthand the death penalty's discriminatory and destructive impact. I spent 18 years in prison — 14 in solitary confinement on death row — in Louisiana. Officials were determined to sentence me to death, and hid 10 pieces of evidence to make sure the truth didn't stand in the way of my conviction. Thirty days before my scheduled execution, an investigator by chance came across suppressed tests showing that blood gathered at the crime scene belonged to someone other than the victim or myself. This and other evidence proved my innocence, eventually leading to my release.

Two decades ago, as former President Bill Clinton was seeking the Democratic nomination, he emphasized his strong backing for capital punishment. According to his campaign ads, he was part of a "new generation of Democrats" who supported the death penalty. In January 1992, Clinton stopped his campaign in New Hampshire to return to Arkansas to sign the execution warrant of an African-American inmate, Ricky Ray Rector, whose mental capacities were so impaired that he asked to save the pie from his last meal for later. Once in office, Clinton carried through on his pro-death penalty rhetoric by signing legislation that expanded the list of federal crimes eligible for the death penalty and limited appeals for those facing execution.

Fast-forward to 2015. While on the campaign trail — fittingly in New Hampshire — former Secretary of State Hillary Clinton, like her husband, staked her position as a death penalty supporter. Coming into her 2016 presidential campaign, it was an open question where she would fall on the issue. As first lady, she lobbied for The Violent Crime Control and Law Enforcement Act, which expanded the death penalty and mass incarceration. But since running for Senate, she has seldom mentioned the death penalty. In her current campaign, Clinton made some hopeful comments calling for an end to mass incarceration, suggesting she was moving away from previously held tough-on-crime positions.

Her statement in support of capital punishment came with the caveat that the death penalty is applied "in a discriminatory way." I find this cognitive dissonance — recognizing the death penalty's racial bias while still supporting it — to be anything but hopeful. It instead shows that, despite Clinton's purported concern over the criminal justice system's racial bias, valuing black lives remains a low priority for her.

My story is not unique. There have been 156 death row exonerees in the United States since 1973, and many of their cases are tainted with racial bias. In fact, people of color are wrongfully sentenced to death at higher rates. Take Clarence Brandley for example. Singled out for being black, he was framed for the 1980 murder of a high school student. Brandley spent nine years on Texas' death row before the blatant racism in his case came to light and he proved his innocence.

Others are even less fortunate. In a case that garnered worldwide attention, the NAACP and others called on officials to stop the execution of Troy Davis, yet Georgia executed him in 2011 despite strong doubts over his guilt and no physical evidence connecting him to crimes of which he was convicted.

These cases perpetuate the legacy of capital punishment as a symbol of racial bias. In the antebellum era, criminal codes ensured that blacks faced the threat of execution for crimes that, for whites, were never capital crimes. Though racial bias is no longer explicitly enshrined in death penalty statutes, it persists. To this day, race remains one of the best predictors of who gets executed and who doesn't.

Clinton has not offered solutions to eliminate the racial bias that has infected America's death penalty for four centuries. Don't hold your breath. Politicians have talked for too long about reforms to "fix" the death penalty while it continues, unabated, to disproportionately harm communities of color. The only real solution is one that Clinton so far has refused to endorse: ending the death penalty.

Given our nation's deeply troubled history with capital punishment, continued support for the policy is incompatible with a commitment to racial justice. It would be a shame for the next president, whoever that may be, to ignore this basic point and take a complacent attitude toward our nation's dysfunctional and racially biased death penalty system.