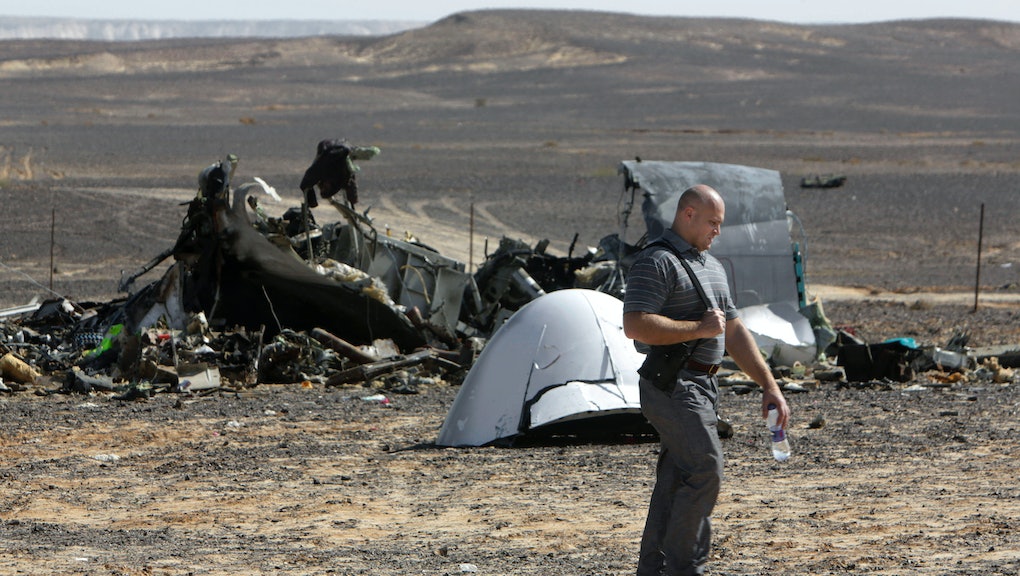 Schweppes Can Bomb: Here's What ISIS Terrorists Say They Used to Bring Down Russian Plane

The Islamic State group, otherwise known as ISIS (or better yet, Daesh), is revealing more information about how it says it took down a Russian plane flying above Egypt in October, killing all 224 passengers and crew members on the flight. The terror group says it used a Schweppes soda can, along with multiple small plastic and metal components, to break the plane apart mid-flight, however investigators have yet to confirm whether that was the case.

"A bomb was smuggled onto the airplane, leading to the deaths of 219 Russians and five other crusaders only a month after Russia's thoughtless decision," ISIS said, according to Reuters. A photo of the alleged bomb was featured in ISIS' official magazine Dabiq, with a message, "Exclusive — Image of the IED [improvised explosive device] used to bring down the Russian airliner."

By Tuesday, it was pretty clear what happened. Russian President Valdimir Putin was told Tuesday afternoon by the nation's security service a homemade bomb was the cause of the plane's crashing into the Sinai Peninsula on Oct. 31. Putin called the attack "one of the bloodiest crimes" and vowed to crush those responsible for the act, according to Associated Press, "We're going to look for them everywhere wherever they are hiding. We will find them in any place on Earth and punish them."

ISIS initially said it "discovered a way to compromise the security at the Sharm el-Sheikh International Airport" after the Russian airliner was brought down, according to the Associated Press, with the United States and Russian authorities agreeing later the group was likely responsible for the destruction of the plane.

"Communications between the pilot and the tower were very normal — no distress signals occurred," Egyptian transportation minister Hossam Kamal said in a press conference following the incident, according to the New York Times. "All was normal. The plane disappeared suddenly off the radar without any prior warning."

"To bring down an airplane, you don't need to blow it apart, you just need enough to rupture the pressure hull of the aircraft and the air pressure will do the work for you," former CIA officer and an international security analyst Bob Ayers told the AP, adding that it would be rather simple to take down a plane with a bomb like the one shown in ISIS' magazine.

Authorities have yet to confirm whether the Islamic State's soda can explosive is what actually brought down the airliner. However, a ground missile attack was unlikely. The bulk of missile launchers used by ISIS are only capable of firing an explosive 20,000 into the sky, while the Russian Airbus A321-200 was flying at 31,000 at the beginning of its initial descent, according to the New York Times.