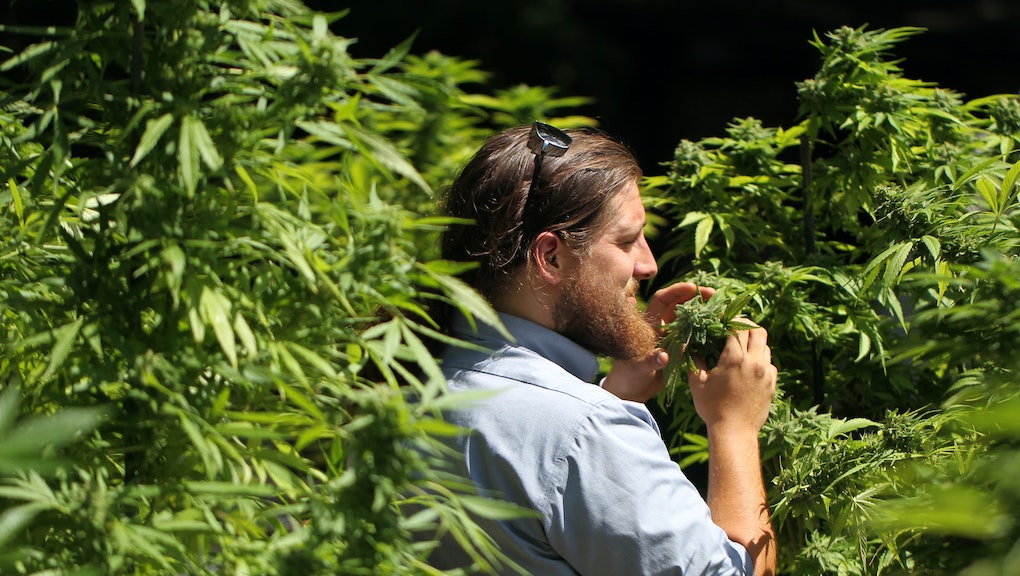 A referendum to legalize recreational marijuana in Maine is well on it's way to getting the gets 61,000 signatures it needs by January to earn a spot on the state's Election Day 2016 ballot. Medical marijuana has been legal in Maine since 1999.

Two competing pro-legalization groups have come together to rack up signatures for a collective initiative to legalize, tax and regulate recreational marijuana in Maine, Reuters reported. The initiative has already received 40,000 of the 61,000 signatures it needs by January. The groups — the Campaign to Regulate Marijuana Like Alcohol and Legalize Maine — originally wanted their own versions of the initiative to make it to the ballot, however they agreed last month it was better to come together to avoid having two largely similar initiatives on the ballot next year.

"Either one of our measures would have passed but all of us had our doubts about what would happen if there were two measures on the ballot," Lynne Williams, general counsel for Legalize Maine, told Reuters in October. "It's probably always better to work together than to work on parallel tracks."

Supporters and cannabis experts applauded the state's medical marijuana program at the Portland Cannabis Convention on Nov. 7, where 1,500 gathered to learn about various showcased medical marijuana products — and Legalize Maine collected signatures for its initiative from attendees throughout the day, the Press Herald reports.

Furthermore, Paul McCarrier, the legalization advocate who helped draft the referendum, thinks the state is ready to legalize recreational marijuana. "Cannabis is a really important part of this state, both as a medicine and for the economy," he told the Press Herald.

According to an October Critical Insights poll, 65% of Maine voters support recreational marijuana use for those over 21 years of age.