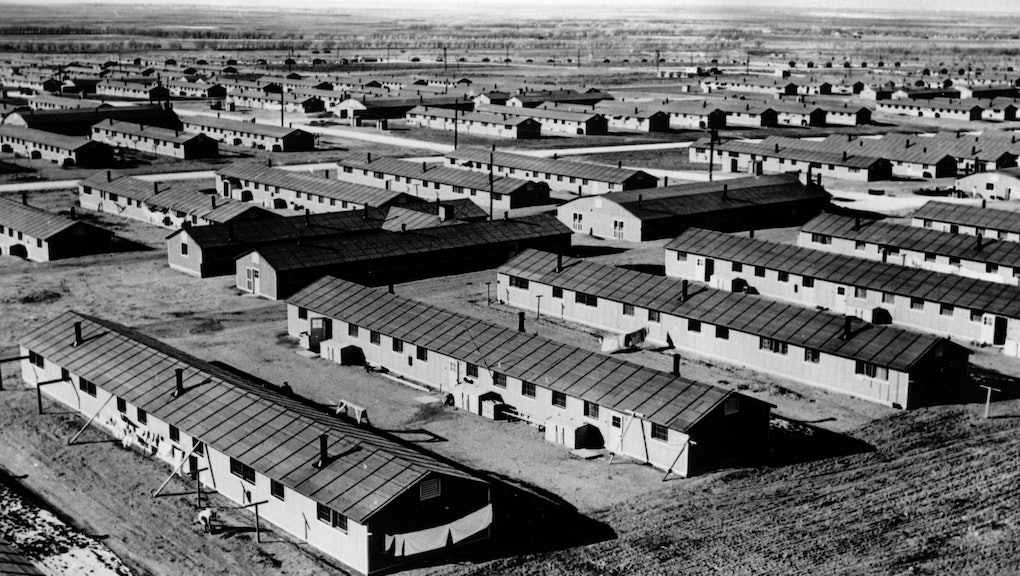 U.S. politicians have unleashed around a bevy of loaded rhetoric on the fate of refugees fleeing violence in the Middle East following terrorist attacks that killed at least 129 people in Paris on Nov. 13.

But Mayor David A. Bowers, a Democrat from Roanoke, Virginia, may have just offered up the worst justification for turning away Syrian refugees from the United States.

In an official statement opposing resettlement in Virginia, Bowers favorably cited the widely reviled Japanese internment camps of World War II as a comparable response to "serious hostilities and atrocities."

During the war, then-President Franklin Delano Roosevelt ordered about 120,000 Japanese-Americans to be removed from the United States' West Coast and transferred to 10 massive internment camps on the basis of suspicion they might act as Axis spies. Executive Order 9066 is now considered one of the most massive violations of civil rights in U.S. history — and many now say it was motivated largely by anti-Japanese racism.

Here's the text of the statement, from the Roanoke Times:

"Thus, today, I'm requesting that all Roanoke Valley governments and non-governmental agencies suspend and delay any further Syrian refugee assistance until these serious hostilities and atrocities end, or at the very least until regarded as under control by U.S. authorities, and normalcy restored," Bowers writes in the letter.

"I'm reminded that President Franklin D. Roosevelt felt compelled to sequester Japanese foreign nationals after the bombing of Pearl Harbor, and it appears that the threat of harm to America from ISIS now is just as real and serious as that from our enemies then," he continues. "... it seems to me to be better safe than sorry."

It's unclear from the letter whether Bowers was aware that many U.S. citizens were among those forced into camps by the internment orders. But he certainly should have been aware of the racial basis of internment, including the fact German- and Italian-Americans were never shoved into the camps.

As part of the Executive Order 9066, many of the detainees were used for forced labor.

The U.S. government apologized for the internment in 1988 under President Ronald Reagan and agreed to pay 60,000 still-living victims of the measure $20,000 each in reparations.

The initial reception to Bowers' letter has been negative, to say the least.

On Facebook, famed actor George Takei wrote "The internment (not a "sequester") was not of Japanese 'foreign nationals,' but of Japanese Americans, two-thirds of whom were U.S. citizens. I was one of them, and my family and I spent 4 years in prison camps because we happened to look like the people who bombed Pearl Harbor.  It is my life's mission to never let such a thing happen again in America ... We were judged based on who we looked like, and that is about as un-American as it gets."

Bowers' office would not discuss the letter over the phone when contacted by Mic, and failed to forward a copy of the statement upon request.