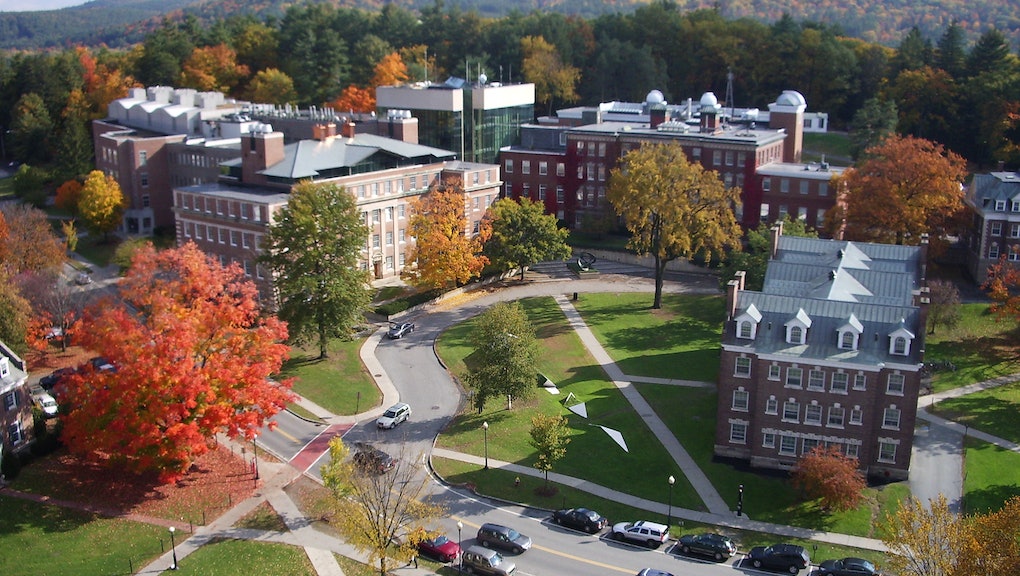 The time for quietly enduring discrimination on college campuses is over.

From the University of Missouri to Yale University to Claremont McKenna College in California and beyond, students of minority groups which were only relatively recently permitted access to higher education are protesting the unacceptable ways they're treated in their "elite" communities.

But while protests against racism on campus are perhaps the loudest — or at least the most visible — there's another damaging force against which students are pushing back: classism.

"There is very little conversation about class," Caroline Liu, founder of First Class, a coalition of first-generation and low-income students at Wesleyan University, told Mic. "Talking about class is uncomfortable for people, and that makes it difficult to address the disparities that are born of not acknowledging fundamental differences in background."

That discomfort is found on the most basic level of social interactions, like being unable pay for a meal or a night out with friends. But class anxiety can manifest itself in the academic setting as well.

Liu's low-income background has forced her to work as many as four jobs in addition to being a full-time student. Ironically, the jobs that have enabled her to pursue her education at Wesleyan have "heavily impacted" her ability to fully engage in her education. Liu said this challenge was magnified by the incorrect assumption on the part of faculty, staff, the administration and other students that she has "all the time in the world to devote to my studies or my student groups," a luxury enjoyed by her classmates from high-income backgrounds.

Darializa Avila-Chevalier, a senior and low-income student at Columbia University, has had a similar experience. While some on-campus jobs may be useful in that they "can go on your resume and help you gain transferable skills" for a future career, most low-income students' jobs "lack these opportunities" and pay only minimum wage — meager funds that ultimately "go right back to Columbia," she told Mic. Full-time students must ultimately choose between "working more hours to pay for groceries or spending that time studying for an exam," she said.

"Low-income students end up working more and have more anxiety about their financial situation and that creates a tremendous amount of instability for them that's not conducive to their best possible learning," Gillian Mason, coordinator of development and education at Massachusetts Jobs With Justice, told Mic.

In addition to concrete financial struggles, many low-income students also feel a unique sense of shame about their background, which can be exacerbated by administrators. Rather than celebrate the achievement of attending college despite financial obstacles, many administrators purposely don't address low-income students' specific needs because they think doing so "perpetuates shame," Phillips said. This can lead to "a really strong feeling like they don't belong there — like an imposter syndrome," she said.

And yet, once immersed in these elite environments, low-income students can feel equally isolated outside of them. Many low-income students achieve a "coveted middle-class status" based not only on their economic status post-graduation, but also on the "cultural and educational capital" they gained at college, Phillips said. Family and friends at home are often unable to identify with the "new knowledge and capital" that low-income students gain while at school, and may even come to resent it.

"The world that they grew up in doesn't necessarily fit in with the new world of academia," Phillips said, and students can end up feeling as if they are straddling two worlds, incapable of fully existing in either.

It's also a cyclical problem: In 2013, 51% of public high school students across the country came from low-income backgrounds and at least half of students in 21 states qualified for free or reduced-cost lunches, according to U.S. News & World Report. It's perhaps unsurprising, therefore, that many low-income students are more impoverished than ever when they get to college: Nearly three-quarters of the 8.6 million students who received Pell Grants last year have no access to funds beyond their grant while on campus, the Washington Post reported in June.

Low-income students are even worse off after graduation, thanks to student loan debt: 88% of Pell recipients who graduate from four-year colleges owe an average of $4,750 more than their peers, according to the Institute for College Access and Success.

An ironic result: Low-income students overwhelmingly face a depressing, ironic, catch-22: The debt they incur and extra work needed to attend college in the first place means they don't get the most out of their social and academic college experience — let alone actually enjoy it. This also frequently results in graduating in worse financial standing, if they graduate at all: There is a significant gap between the graduation rates of low-income students who receive federal Pell Grants and their peers, according to a 2015 study by the Education Trust.

"In the American dream ethic we always say that education equalizes things," Phillips said. But a "good" education, she continued, is "not necessarily working for people from low-income backgrounds."