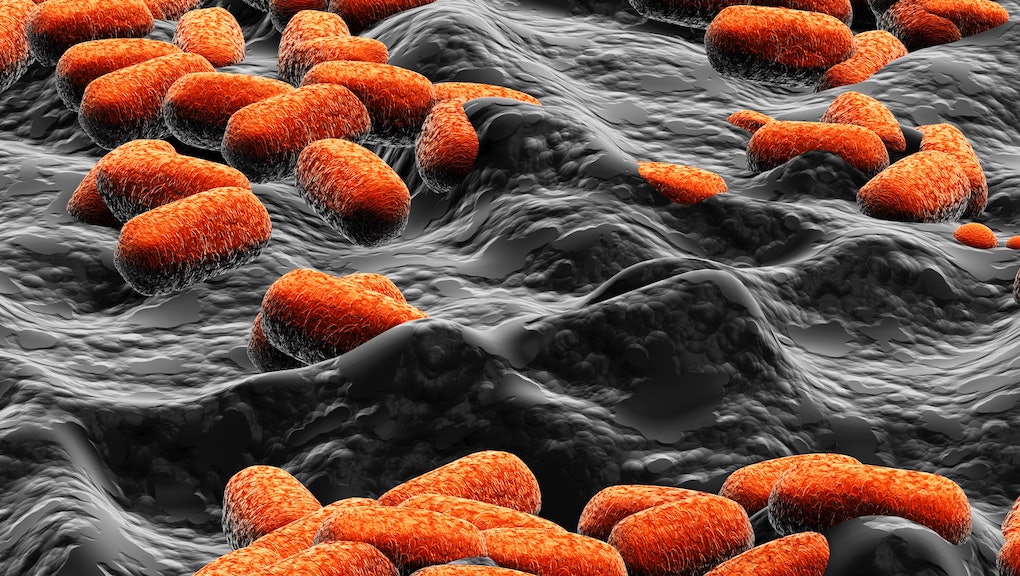 Science Says Super Bacteria Coming to Kill Us Is Imminent, "People Will Die"

Because you don't have enough to worry about.

According to a study published in the journal Lancet Infectious Diseases, scientists in China have discovered significantly increased levels of bacteria resistant to the antibiotic colistin in pigs. The drug is a last line of defense against a host of bacterial infections, many of which are common in people. Researchers said they expect the resistant bacteria to spread outside of China, if it has not already done so.

"What is particularly worrying about this is the mechanism of this resistance means that it can spread very easily between species. So global spread is likely." Liz Tayler of the World Health Organization told BBC4 Radio. "This paper suggests that this has already spread out of China and into Malaysia."

According to the study, researchers stumbled upon the antibiotic-resistant bacteria during a "routine surveillance project," testing antimicrobial resistance to E. coli in China's food animals. In the E. coli-infected test subjects, 21% of animals contained the colistin-resistant bacteria, as well as 15% of raw meat samples and 1% human patients.

"Some people will have untreatable infections and will start to die," Tayler said. "We have to take action now."

Researchers linked the growing prevalence of super-germs to the overuse of antibiotics in food animals, a consequence food experts have long predicted. The drugs, used predominantly in the Chinese livestock industry, can keep animals healthy in an industrialized food process, but their use over time can embolden the very bacteria they were designed to fight against. In 2005, the European Union banned the use of antibiotics in livestock for non-medicinal purposes, but the drugs are still widely used across the continent, and are rampant in the agricultural industry in the United States.

Tayler cited a strain of untreatable, drug-resistant gonorrhea, which has been on the rise since at least 2012. According to the Centers for Disease Control and Prevention, the United States saw more than 350,000 cases of the infection in 2014 and while most of those were treatable, the evidence continues to suggest that's changing.

The concern over untreatable infections garnered attention in the United States after reports that Methicillin-resistant Staphylococcus aureus, or MRSA, related illnesses are on the rise. A variation on the common Staph infection, local news reports of seemingly healthy people coming down with the bug, and its life-threatening consequences, have proliferated. MRSA kills more than 11,000 people in the United States every year.

But with drug use still rampant among food animals, it's likely this won't be the last story you read about antibiotic-resistant super-germs.

So go wash your hands. But perhaps reach for the Clorox this time.