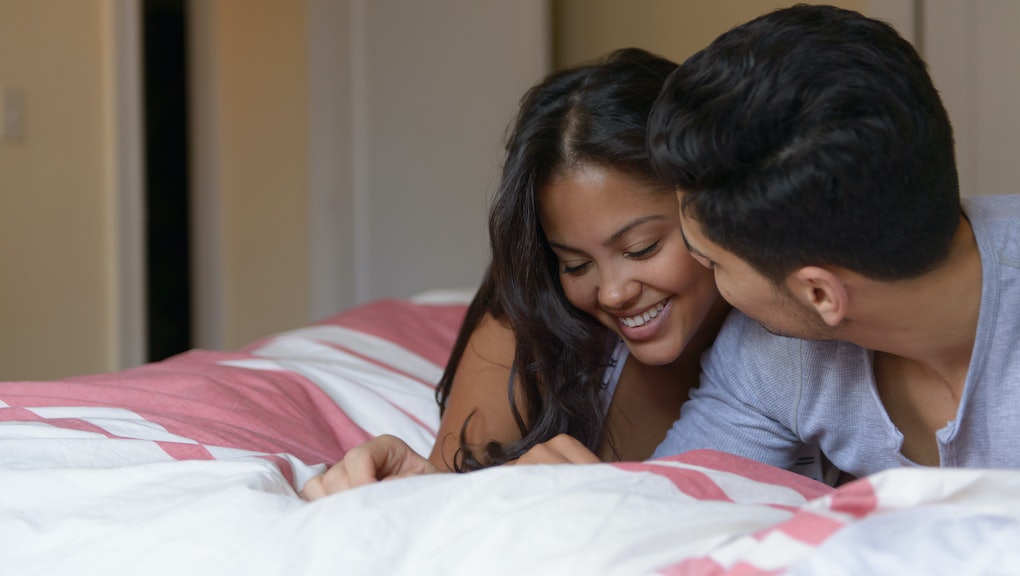 Too Stressed to Have Sex? Boy, Do We Have Some Great News for You

Today in refreshingly attainable relationship goals: Are you too tired for sex most nights of the week? A new study is here to assure you that's totally NBD. In fact, the results suggest that the magic number of weekly sexcapades required for a happy relationship stands at — are you ready? — one.

What a relief. Surely even the busiest couples among us can find the time to squeeze in a quickie once every 168 hours. For our health.

This fresh batch of research comes to us from the University of Chicago and has been published by the Society for Personality and Social Psychology. Researchers analyzed survey responses collected from over 30,000 Americans from a number of different studies in an effort to determine the role that sex plays in married couples' happiness levels.

"For couples, happiness tended to increase with more frequent sex," the study reports. "But this is no longer true after couples report engaging in sex more than once a week."

This stands in stark contrast to the other studies that have emerged about sexual frequency in committed relationships, which have suggested that boning as often as possible is the best way to keep a marriage alive. In fact, some experts have even advised couples to aspire to have sex literally all 365 days of the year. (Are anyone else's genitals sore after reading that sentence?)

In a press release, lead researcher Amy Muise said that her new study's once-a-week conclusion should come as a relief for couples who may feel pressure to have more sex to keep the spark alive. "It's important to maintain an intimate connection with your partner without putting too much pressure on engaging in sex as frequently as possible," she said.

Of course, this doesn't mean that if you and your partner want to have sex more than once a week (bless you!), you should just shrug your shoulders, order some Chipotle bowls and watch Master of None instead. And it goes without saying that if the sexual spark has waned to the point that the idea of banging your spouse on a weekly basis repulses you, then it could be indicative of an actual problem.

Still, the new study is likely to be encouraging for couples who simply don't have the time or energy to turn the bedroom into a spicy sex den every night. Plus, doing it just once a week kind of makes it feel more special, maybe? Like a special occasion. One that calls for a celebratory cake!