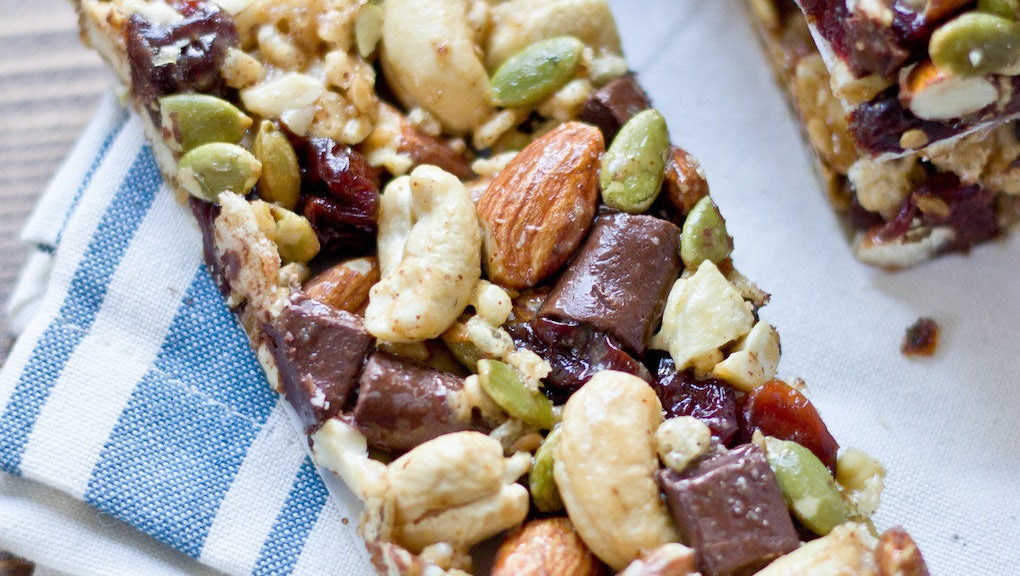 Turns Out Everyone Was Wrong About Snacking Helping You Lose Weight

Open your fingers and gently release that perfectly palm-sized handful of almonds.

In a study sure to break the hearts of granola, popcorn and avocado toast lovers everywhere, researchers have come to a depressing conclusion about snacking: It might not actually help curb adults' appetites.

The findings represent a departure from certain long-held beliefs within the wellness community. Leaders such as Dr. Oz have touted the benefits of eating five or six small meals a day, instead of the standard three. Others have recommended eating healthy snacks between meals. If you're not always starving, the thinking goes, you won't overeat or make bad food choices.

"Consumption of small, frequent meals is suggested as an effective approach to control appetite and food intake and might be a strategy for weight loss or healthy weight maintenance," the study's authors wrote.

Then came the bad news, "Despite much speculation on the topic, scientific evidence is limited to support such a relation in the absence of changes to diet composition."

To conduct their study, which was published in the Journal of Nutrition, researchers put 12 healthy adults on two three-week diet plans, each containing a similar number of calories but differing in "eating frequency." In the first diet plan, participants ate three times a day. In the second, they ate eight times a day.

On the final morning of each diet plan, participants rated their hunger, desire to eat, fullness, thirst and nausea at 30-minute intervals for four hours. The average "appetite score" was higher, the researchers found, when participants were eating eight times a day.

"The results from this study in 12 healthy adults do not support the popularized notion that small, frequent meals help to decrease overall appetite," they concluded. (Note, however, that this is a small sample size.)

This isn't the first time experts have questioned the benefits of snacking. A study published in 2011 found that weight loss among postmenopausal overweight and obese women was "significantly lower" among mid-morning snackers. Mid-morning snackers also tended to eat more snacks throughout the day than those who only snacked in the afternoon and evening.

Still, not all nutrition experts swear off recommending snacks. "If I had to make a generalized statement, I would recommend that a person's total calorie intake be distributed throughout the day, with consumption of four to six meals/snacks per day including breakfast," Alexandra Miller, corporate dietitian at Medifast, told Mic via email.

Miller cautioned, however, against "mindless grazing." "If the snack is not portion-controlled, it can also lead to excess calorie intake, which over time can lead to weight gain," she said. Instead, plan your snacks ahead of time.

"Pre-portioned snacks that offer a healthy dose of protein, carbohydrates, vitamins and minerals can help clients acquire the nutrition they need to properly fuel their body," she said. "Erratic schedules and lack of planning often lead to poor food choices from readily available foods that are energy dense but nutrient poor (i.e. vending machines, office candy jars and fast-food restaurants)."

And even if it doesn't ultimately lead to appetite reduction, snacking has myriad other benefits. The 2011 study, for instance, found that afternoon snackers had higher fruit and vegetable intake than non-afternoon snackers.

"For people with diabetes, small, frequent meals may help promote blood sugar control," she added. "Snacking may also be beneficial to people who exercise; a little pre- and/or post-fueling, one that is calorie-controlled yet rich in protein and carbohydrates, can help maximize the workout and recovery period afterwards."

And not so surprisingly, companies that offer free snacks tend to have happier employees, according to a survey from grocery delivery service Peapod.

Perhaps the most compelling argument in favor of snacking: Though it may mess with weight loss, its dangers likely don't outweigh the unrivaled pleasure of potato chips dipped in chocolate.