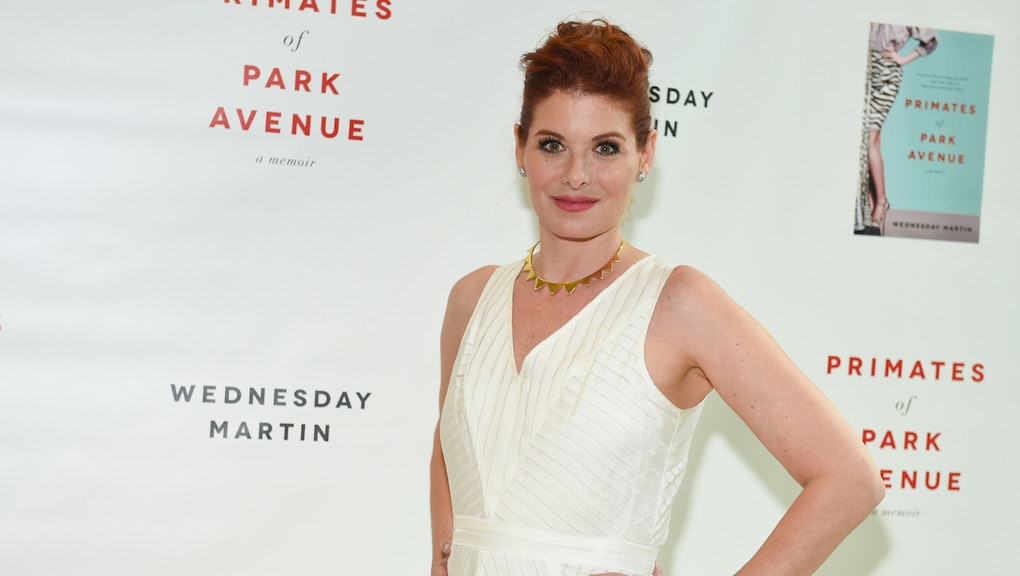 Debra Messing Doesn't Have Time For Your Lame-Ass Dick Pics

Stars — they're just like us! They do their own laundry. They pump their own gas. And if they're female, they fend off unsolicited dick pics from flaccid, out-of-shape strangers on a regular basis.

That's the lesson the Internet learned from actress Debra Messing earlier this week when she took a stand for all womankind by railing on Twitter against men sending her dick pics. Messing posted the following pixelated screengrab after receiving an unsolicited nude photo in her Instagram Messages inbox:

Of course, if you've ever been a woman on the Internet, you can probably guess what happened next: After telling men they shouldn't send dick pics, Messing received even more dick pics, with out-of-shape men with eggs as their Twitter avatars sending her their own fluorescent-lit bathroom shots. Needless to say, she wasn't happy (the image in question has since been removed):

Messing's creep-shaming tweets captured the hearts of Internet denizens, with dozens of publications aggregating her story. While she initially seemed somewhat nonplussed by the attention, she seems to be taking to her new role as an anti-dick pic crusader, retweeting messages from supporters and schooling those who claim she overreacted by tweeting the sender's photo:

Messing is not the first woman to publicly take a stand against the tyranny of unsolicited nude photos. Twitter personality Rachel Millman has also raged against the dick pic machine, publicly shaming a man named Big Jim White (the name, for the record, is a misnomer) who was known as a serial dick pic sender. Madeleine Holden's website Critique My Dick Pic takes dick pic-shaming to a somewhat more academic level by providing art historical analysis for every example.

By publicly shaming the men who send dick pics, women like Messing and Holden accomplish two goals: They offer an example of what can happen to men who pop into their mentions with a flaccid, poorly lit mirror selfie, and they send the message that sending a woman dick pics without her consent is absolutely not OK.

So men, the next time you're gripped by an inexorable desire to ask NBC sitcom stars to rate your subpar D, maybe just send them a tweet telling them you enjoy their work on The Mysteries of Laura instead.