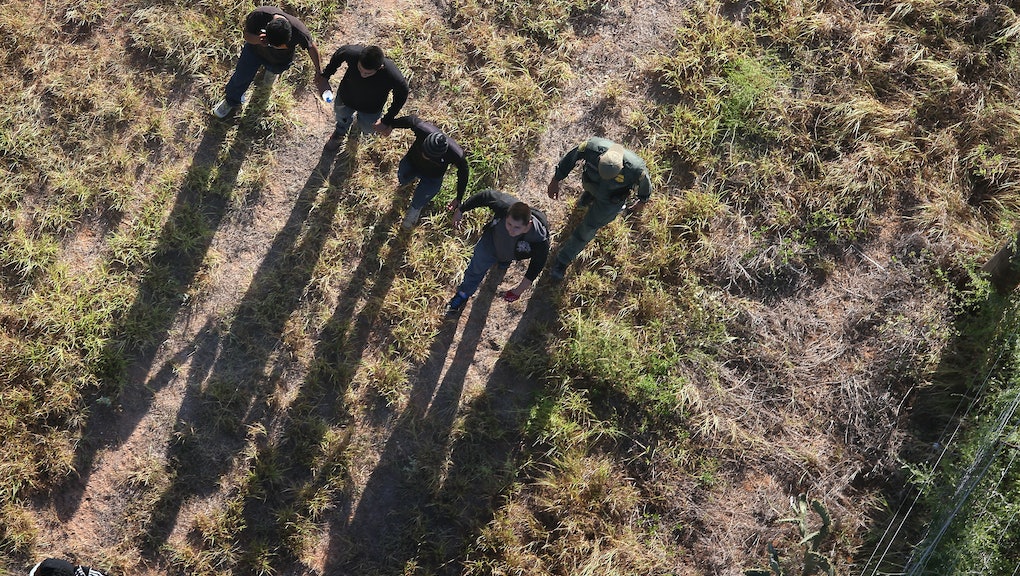 More Mexicans Are Leaving the United States Than Coming In

However, a new report from the Pew Research Center indicates that immigration from Mexico has been dramatically declining for years. Between 2009 and 2014, a net total of 140,000 Mexicans have left the United States and returned to Mexico. In addition to that, Pew found that immigration between the two countries had fallen to its lowest levels since the 1990s, primarily due to the lack of outflow from the Mexican side.

To reach their conclusion, Pew researchers looked at numerous sources of available data, including a Mexican national household survey, two Mexican censuses and U.S. Census data. "I would not say that Mexico has more of a pull," Ana Gonzalez-Barrera, Pew research associate and author of the study, told the Los Angeles Times. "But the United States isn't as attractive."

The figures show that after a genuine spike in immigration between 1970 and 2000, the Mexican immigrant population began a precipitous drop off:

The exact reasons for the decline are hard to determine, but researchers believed they were likely related to anemic U.S. economic growth since the Great Recession, a comparatively more robust Mexican economy and tighter border control efforts on the American side.

"We haven't seen that since the 1930s," Gonzalez-Barrera told the Los Angeles Times.

The findings offer a stark empirical rebuke to many of the leading Republican candidates for president, who have followed Trump's lead by making immigration front and center to the campaign. In November, Texas Sen. Ted Cruz said building Trump's great immigration wall along the Mexican border would also be a priority for him. "I will complete the wall," he told Fox News.

Dr. Ben Carson, running neck-and-neck with Trump in many state and national polls, floated the idea of targeted drone strikes. Before he dropped out of the race, Wisconsin Gov. Scott Walker suggested that he would be open to a wall on the country's borders with both Mexico and Canada, something he called a "legitimate" idea.

Despite the drop in immigration, the U.S. has become increasingly diverse, with Latinos making up the country's largest minority group. The Republican Party's need to win Latino voters was cited as a major issue in the 2013 Republican "autopsy" commissioned by the Republican National Committee following former Gov. Mitt Romney's defeat in 2012. "If we want ethnic minority voters to support Republicans, we have to engage them and show our sincerity," its authors wrote.

Now, in addition to being proven factually wrong by the Pew report, the anti-immigration rhetoric from Republicans only stands only to alienate a critical demographic at a time when there is less and less margin to do so.