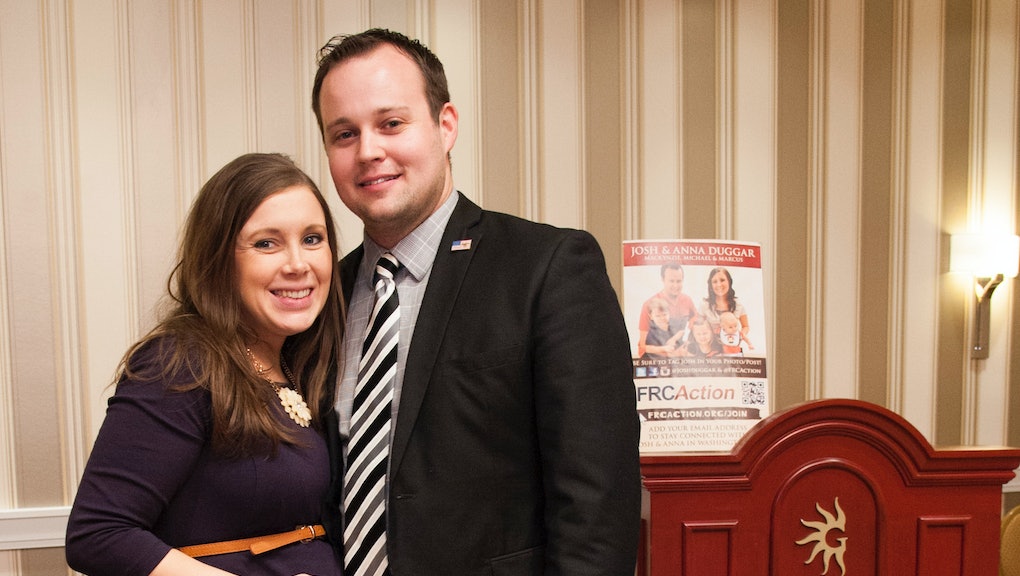 Reports surfaced online Wednesday adult film actress Danica Dillon, who first revealed in August she had violent, though consensual, sex with Josh Duggar, is suing the former reality TV personality for his alleged aggressive force during two separate sexual encounters. The news follows a string of controversy for Duggar since his family's show, 19 Kids and Counting, was canceled by the TLC after it surfaced he molested four of his five underage sisters years ago and the family hid it from the public ever since.

"He threw me on the bed and, in all honesty, though it was consensual it more or less felt like I was being raped," Dillon told Entertainment Weekly in September about her first night having sex with Duggar. Dillon says the two met at a Philadelphia club in March; Dillon says she was dancing when Duggar approached her. "I never said no, I am going to have to reiterate that, I never told him no, but I did push him back and push him off and say that's too rough, that's too rough," she told Entertainment Weekly of their encounter.

According to court documents obtained by InTouch Weekly, Dillon is suing Duggar for $500,000 for physical and emotional damage following both alleged sexual encounters. According to the documents, both encounters happened while Duggar's wife was pregnant with their child, in March and April 2015. Dillon is seeking payment for the "intentional battery" she endured, as well as for "serious emotional damage" that includes severe anxiety and similar to post-traumatic stress disorder.

"As he finished what he was doing he just walked out of the room, he tossed his cash onto my dresser and just walked out," Dillon told Entertainment Weekly. When the two met a month later at another club, Duggar repeatedly apologized for his actions and claimed to be a fan of Dillon's hardcore films, which was why he treated her the way he did during their first encounter. However, Dillon regretted agreeing to have sex with Duggar once again almost immediately.

"I had my phone under the pillow with 9-1-1 already dialed in," Dillon told Entertainment Weekly. "Everything he had to do was like he had to be in control and had to be in power."

The sexual molestation of his sisters, admitted cheating on his wife via Ashley Madison after it was hacked and pattern of covering up his infidelity could all be fair game to bring up if Duggar is required to testify in court over the alleged sexual encounters with Dillon, InTouch Weekly reports.