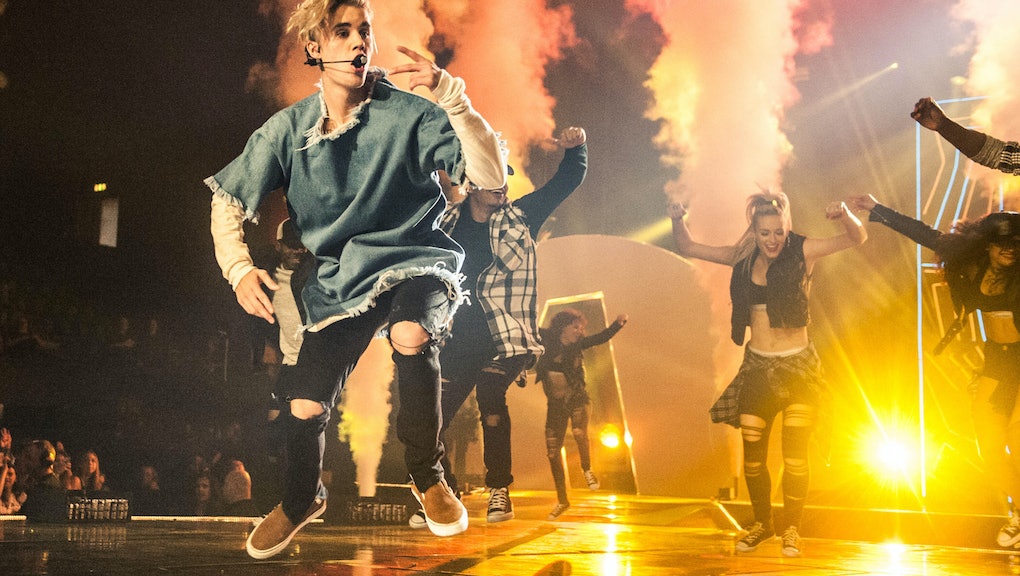 American Music Awards 2015: Date, Channel, Performers and How to Watch

The annual American Music Awards will kick off Sunday to honor some of the biggest names in music, including Taylor Swift, Ed Sheeran and Sam Smith, who are up for artist of the year. The event features a stacked list of performances from artists Justin Bieber, Coldplay, The Weeknd and others. Here's everything you need to know, including the full list of performers, presenters and how to watch.

AMAs time and host: Jennifer Lopez will host the event, kicking off at 8 p.m. Eastern live on ABC from the Microsoft Theater in Los Angeles. The network will also live-stream the show on its website. Vocalist Celine Dion will pay tribute to victims of the Paris attacks in a rendition of Edith Piaf's "Hymne à L'Amour," ABC reported.

Nominees: Swift is nominated for six awards — the most of any artist. Swift, Luke Bryan, Ariana Grande, Maroon 5, Nicki Minaj, One Direction, Ed Sheeran, Sam Smith, Meghan Trainor and The Weeknd are the nominees for artist of the year.

Wiz Khalifa's "See You Again," Mark Ronson and Bruno Mars' "Uptown Funk," Sheeran's "Thinking Out Loud," Swift's "Blank Space" and The Weeknd's "Can't Feel My Face" are all nominated for song of the year.

Performers: Not all performances have been announced, but these are the confirmed artists performing at this year's show: Justin Bieber, Ariana Grande, Gwen Stefani, The Weeknd, Macklemore & Ryan Lewis, Coldplay, One Direction, Nick Jonas, Demi Lovato, Walk the Moon, Selena Gomez, 5 Seconds of Summer and Carrie Underwood, according to ABC.

Grande disclosed in a recent tweet that she'll perform her new song, "Focus."

5 Seconds of Summer's Ashton Irwin also announced on Twitter the band will grace viewers with a performance.

To stir up the hype on Twitter, ABC created custom hashtags for each performer and encourages viewers to get engaged online. View the list of Twitter hashtags here.