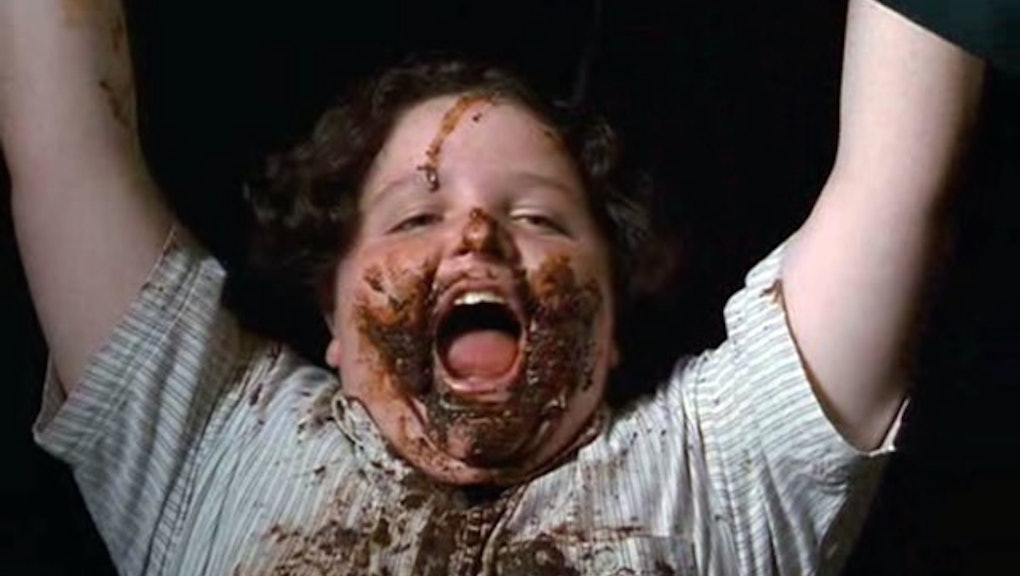 Science Says Dudes Overeat on Dates, and This Is Why

In the latest example of dudes figuratively shouting that they're here and you should notice them, a new study found that men eat far more when they're dining with women — because they're trying to impress them.

The research, published in the journal Evolutionary Psychological Science, involved studying the behavior of customers at an all-you-can-eat Italian restaurant. Researchers tracked 74 men and 59 women and determined how much pizza and salad they ate by recording how much they took and subtracting how much they left behind.

The researchers found that men ate a whole lot more when they were in the company of women than they did in the company of other men. How much is "a whole lot," you ask? A whopping 93% more pizza and 86% more salad. Women, on the other hand, "[did] not eat significantly differently as a function of the sex of their dining partners." (Though the women did think that they ate more than they actually did and said they "felt rushed.")

What's the deal? Good old Gaston Syndrome, according to the study.

"Drawing on data from a naturalistic setting, our observation of men 'eating heavily' is sensibly viewed in an evolutionary perspective as men 'showing off,'" the researchers wrote. They compared their experiment to financial decision-making.

"In a domain unrelated to food, for example, [other research has found that] mixed-gender groups — as compared with all-male and all-female groups — tend to make the riskiest decisions in a financial decision-making experiment," they explained. Overeating isn't as foolhardy as fighting in a war, they added, but it's still considered "risky behavior."

Lead researcher Kevin Kniffin, a visiting assistant professor at Cornell's Lab for Experimental Economics and Decision Research, further expanded upon this reasoning further in an email to the Atlantic.

"There is recent work that explores the possibility that eating spicy food might be a way that people 'show off' since it (arguably) signals a higher tolerance for something that others would consider painful," he told the Atlantic. "The new research article examines the question of whether overeating might function as a comparable kind of signal that a person is healthy enough that they can engage in unhealthful behavior of excessive eating (and still end up okay)."

Men are always trying to impress women. The Cornell researchers' findings fit into a larger narrative about men and their peacock-like desire to impress the ladies they're with. (The findings did not appear to examine the eating habits of non-heterosexual pairs.)

Robert M. Sapolsky examined this phenomenon in the Wall Street Journal, describing a number of other studies in which it was present. One published in the British Journal of Psychology found that men tended to donate more to charitable causes when women were present, while another reported that "men who were primed by the presence of women were found to be more likely to endorse aggressive stances about war."

Of course, research like this isn't necessary causative, as Amanda Marcotte wrote at Slate in 2013. Discussing Sapolsky's analysis, she argued:

[His] article shows what is one of the fatal flaws of evolutionary psychology, which is this tendency to read too much into the results because the researchers are so eager to reinforce their beliefs that men and women are practically different species and our behavior is "hard-wired" and immoveable. Because of this, they tend to leap right to these elaborate theories of instinctual behaviors, when it may be something as simple as our inability to walk and chew gum at the same time.

Regardless of any kind of larger precedent, dudes should probably drop the extra slice of pizza. Or not. We don't know your life.