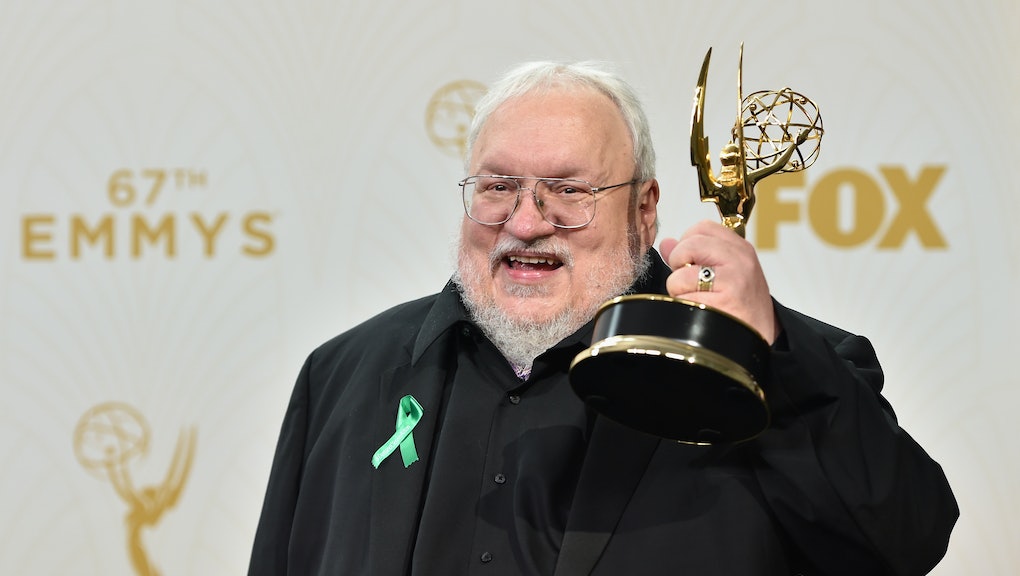 Governors don't want the Syrian refugees. The House of Representatives has voted against welcoming the refugees through U.S. borders. But alongside the 18 U.S. mayors who have committed to keeping their cities open to those in need, the Syrian refugees just scored a big endorsement: Game of Thrones creator George R.R. Martin.

On Friday, Martin posted a defense of Syrian refugees to his LiveJournal. He opened the post with Emma Lazarus' poem "The New Colossus," which appears underneath the Statue of Liberty.

Martin pointed out the irony that the Statue of Liberty was a gift from France, one of our longest and dearest allies.

"One has to wonder if all the governors (including our own governor here in New Mexico, I am ashamed to say) and congressmen voting to keep out the Syrian refugees have ever visited the Statue, or read the words on her base," Martin wrote. "If so, they surely failed to understand them."

Martin pointed to specific lines from the poem that underscored his point: The U.S. is a place that has always welcomed those without home.

"A mighty woman with a torch ... her name Mother of Exiles"

Though Martin ended his post by saying that Donald Trump and the U.S. governors have it "wrong, wrong, wrong," and that his hometown of Santa Fe, New Mexico, would welcome those refugees fleeing ISIS, his fight continued against angry commenters who slammed the author's views.

One commenter wrote, "[t}hat a writer so good at teasing out the moral complexity of complicated situations in his books has such a simplistic view of a real world issue, where real lives are at steak [sic]. Surprised and disappointed."

Martin replied, "Real lives are at stake. The lives of hundreds of thousands of Syrian refugees driven from their homes by war. Many of them women and children. That's the whole point. There's a moral imperative here."

Another commenter challenged Martin to open his home to refugees.

"The words on the Statue of Liberty were written before we had a welfare state," he wrote. "If you want them so much, why don't you let them stay at your house and you can pay for their medical bills. I'm sure you can afford it."

Martin shot back, "History has demonstrated many times that immigrants revitalize a society, and create much more than they take. The sort of 'they are just a bunch of lazy leeches' sentiment you are expressing here was also directed at the Irish, the Italians, the Germans, the Polish, the Chinese, and many other immigrant groups in the past, all of whom over time have vastly enriched the culture of America. I have no doubt that the same will prove true of the Syrians."

As of press time, Martin's blog had over three full pages of comments. He was still responding to some of them.