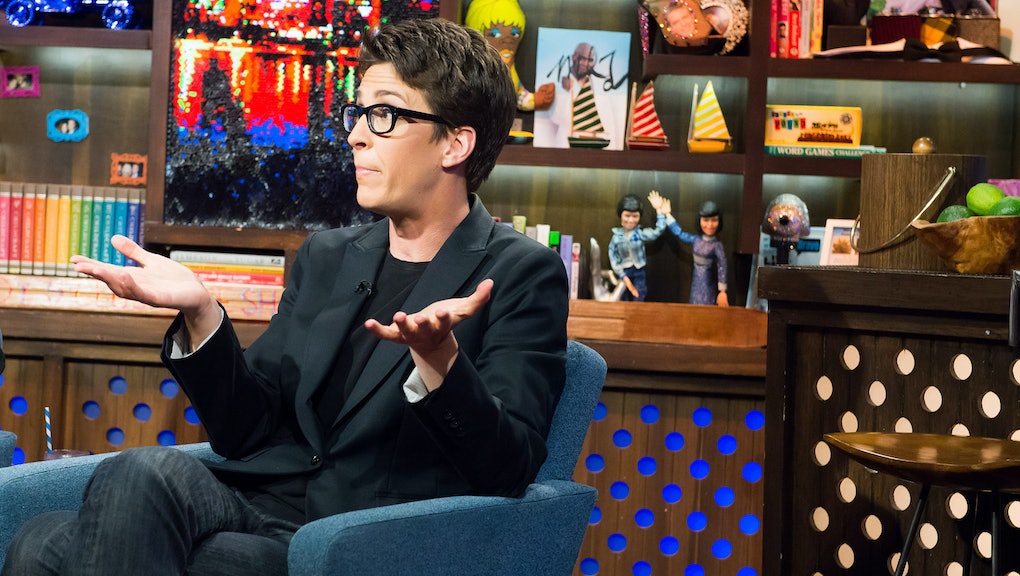 After several statements this week indicating support for a mandatory national database of Muslims, Republican presidential candidate and business mogul Donald Trump tried to walk back his comments in a slightly confusing tweet Friday afternoon.

Though Trump suggested in the tweet's first sentence that he was not putting forth a formal proposal, his second sentence clearly states that surveillance and a "watch list" is necessary to protect Americans.

MSNBC anchor Rachel Maddow used a segment on her program, The Rachel Maddow Show, Friday evening to muddle through Trump's various comments and discern how the presidential candidate really feels about putting the name of every Muslim American in a database.

Maddow pointed specifically to Trump's assertion that we take measures that might have been "unthinkable" a year ago.

According to Maddow, Trump's views are vague and inconsistent: "This is not Donald Trump saying, 'No, I wouldn't support keeping a list of all the Muslims in America, so we can keep an eye on them.' I mean, right? Or not?"

After going through Trump's comments, Maddow stressed the importance of Trump being clear about whether or not he supports such a database. Maddow showed viewers the email she sent Trump to further clarify his position.

"We don't try to clarify every single one of his positions," Maddow said. "We know he likes to be a little wooly about a lot of things. But this seems like such a provocative possibility, particularly from the Republican presidential front-runner, that we really wanted to be specific about his view."

Maddow had not heard from his campaign by the time the show aired.

When Trump called in to Fox News on Friday, he supported a database of refugees from Syria. The candidate made reference to "something we should start thinking about," though he did not lay out precisely what that thing was.

"What exactly is the thing we should start thinking about?" Maddow asked. "Could you please be clear about that? In the immortal words of Justin Bieber, 'What do you mean?'"

You can watch the full segment below: