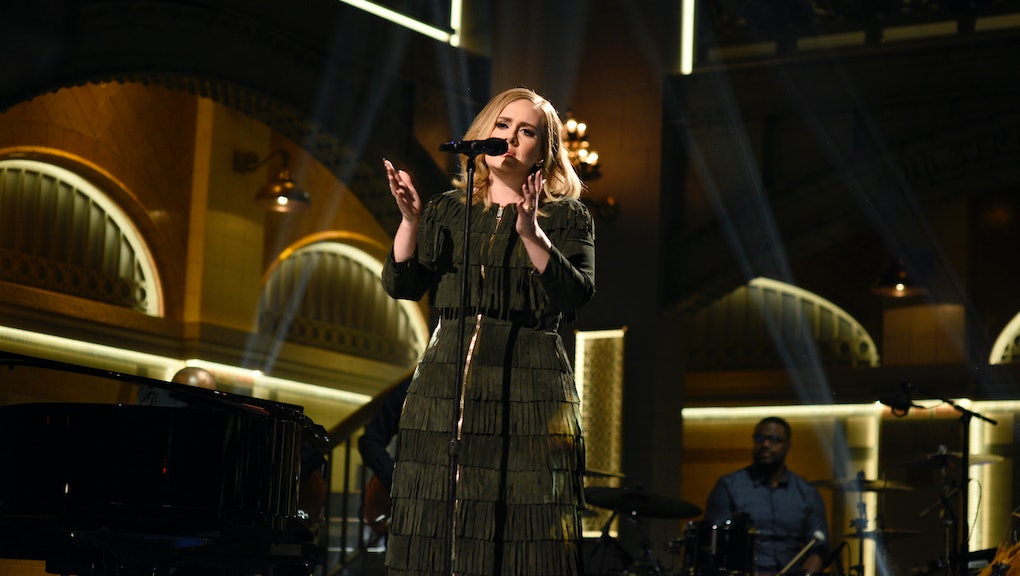 The Nov. 21 edition of Saturday Night Live tackled a topic relevant to anyone with relatives who won't shut up with their odious opinions: Thanksgiving dinner.

A witty sketch featured cast member Beck Bennett as the patriarch of a family feuding over politics, before they are placated into togetherness and tolerance by the lyrical stylings of guest musician Adele.

"I saw two transgendereds at the airport," says the grandmother, played by Kate McKinnon. "They sort of look kind of pretty."

"Very interesting trend, this," adds the grandfather, played by host Matthew McConaughey, earning a rebuke from Jay Pharoah, who says "Transgender is not a trend, Mr. Paul."

"There weren't any around when I was younger," McConaughey answers.

Cecily Strong's character rebuts this by saying, "Yeah, they were there but they couldn't say anything so they lived sad lives and died."

At another point, Aidy Bryant's character responds to the food being ready by sparking an argument, "And I am ready — to vote for Ben Carson."

Each time the family dinner devolves into yelling, Adele's "Hello" begins playing and the family really gets into it.

This show's "Weekend Update" also played host to a spirited joke debate between Michael Che and Colin Jost over Republican policies towards refugees fleeing the crisis in Syria and other conflict zones.

"My ancestors weren't exactly immigrants, we were more like invited guests... or... cargo," Che, who is black, quipped. "Second, you know this whole country was stolen by immigrants in the first place right? So, I can get why Americans would be skeptical of other immigrants. If I steal your car and get away with it the first thing I'm going to do is buy a better security system for my new car, because there are thieves out there."

These two funny bits aside, Saturday Night Live has a lot of work to do before America will be able to burn the image of Donald Trump dancing to a parody version of Drake's "Hotline Bling" out of its collective retinas.