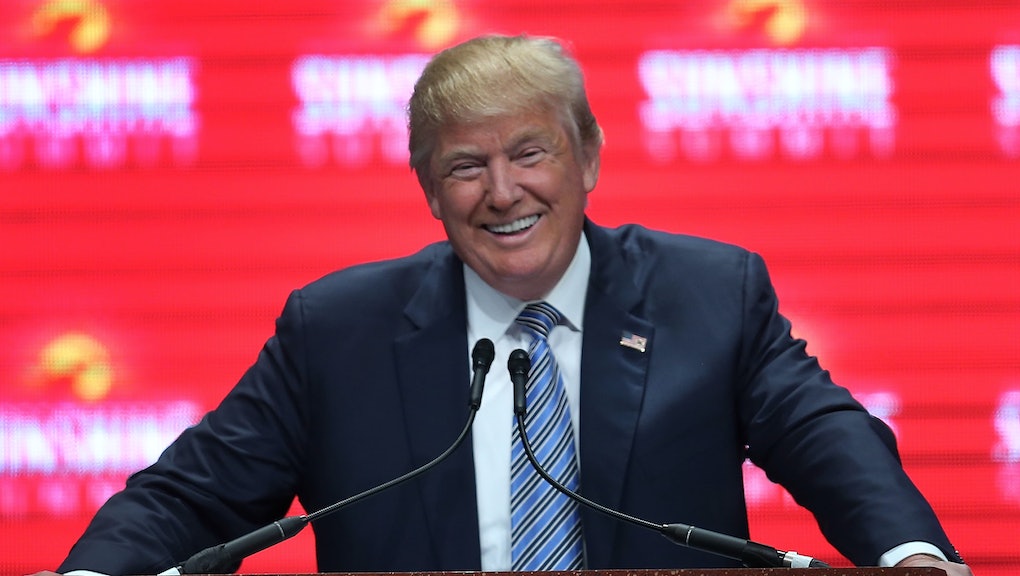 Survey Finds Distrust in Government at Record High, and GOP Not Alone in Complaints

A new Pew Research Center survey has found widespread dismay at the way the federal government runs. According to the survey, a mere 20% of more than 6,000 respondents believe the feds manage their programs effectively, while 59% say it is time for "very major reform" at the federal level.

Just 19% of those polled said they trust the federal government all or most of the time, one of the lowest levels ever recorded by Pew since 1958. About 57% described themselves as "frustrated" with the government, an additional 22% say they are "angry," and just 18% describing themselves as "basically content."

But while Pew found Democrats were dissatisfied with the state of government, Republicans are primarily responsible for the shift in attitude. While 72% of Democrats said they only seldom or never trust the government, 89% of the GOP now professes major distrust of the feds.

"In Barack Obama's six years as president, 13% of Republicans, on average, have said they can trust the government always or most of the time – the lowest level of average trust among either party during any administration dating back 40 years," Pew writes. In contrast, during the presidency of George W. Bush, an average of 47% of GOP voters trusted the government, according to Pew.

Nearly a third of Republicans said they were "angry" with the federal government, compared to just 12% of Democrats.

Per usual, though, when it gets down to specific functions of government, Americans (including Republicans) give the feds more leeway.

The vast majority of Democrats view the government as a crucial tool in strengthening the economy, regulatory oversight and providing adequate access to services like health care. The sole exception is space travel.

The majority of Republicans agree with them, though they only come close to matching Democratic levels of support for government action on terrorism, disaster response, food and drug safety and immigration.

In the biggest partisan split, nearly two-thirds of Republicans think the government should not be in charge of "ensuring access to health care" or "helping people get out of poverty," reflected in the recent GOP primary debates which have seen candidates calling for trillion-dollar spending cuts.

The public's seemingly contradictory view of government — widespread distrust, but popular support for federal action on many separate issues — makes more sense considering each party controls one of the two federal branches responsible for federal legislation and policy initiatives. So while both Democrats and Republicans express suspicion at the government's motives, they're also expressing suspicion in the motives of the people on the other side of increasingly frequent legislative deadlock.

GOP anger in particular may go a long way towards explaining the rise of anti-establishment presidential candidates like Donald Trump, who over the course of the past four days retweeted a graph citing false statistics, originally made by neo-Nazis, claimed he witnessed Muslims cheer the Sept. 11 attacks, said a black man beaten by supporters at one of his rallies "maybe ... should have been roughed up" and endorsed waterboarding.

Pew's research indicated anger at government is likely a key factor in Trump's success, with 64% of Republicans, and those leaning right, giving the candidate a favorable rating.

Still, while people like Trump are an indicator of a growing perception that the federal government is dysfunctional, it's clear the majority of Americans supporting either party are down on the prospect that the feds are coming to save the day anytime soon.