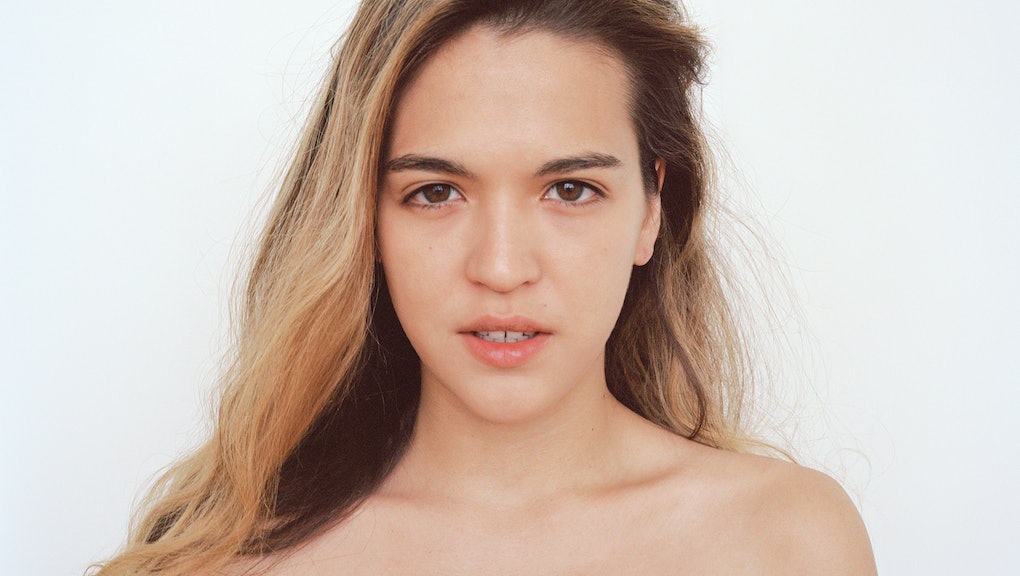 These Gorgeous Nude Photos Show How Incredibly Fluid Gender Is

Jessica Yatrofsky wants people to consider that gender isn't just about being "male" or "female." In her recently published book, I Heart Girl, the Brooklyn, New York-based photographer presents a collection of gently lit nude images that resist our understanding of the gender binary and urge us to consider that androgyny can be incredibly sexy.

Note: Some of the below images are NSFW.

A follow-up to her earlier collection I Heart Boy, Yatrofsky's series features photos of models in various states of undress, shot in a way that defies the male gaze. The models have tattoos, cropped hair, body piercings and pubic hair, and while the images are sexy, they don't conform to any one idea of "femininity" as defined by our culture.

"For as long as I can remember I've been drawn to depicting the body in my work," Yatrofsky told Mic. "I am both inspired and moved by the inherent strength and beauty of our bodies, and to work with subjects to create images that can explore both femininity and masculinity is very intriguing to me, as these are qualities that are becoming more fluid. Androgyny and the 'in-between' is something I find very appealing."

Some of the models in Yatrofsky's portraits present as more outwardly androgynous than others. By focusing on different forms of expression that are unique to each individual woman, Yatrofsky forces us to ditch our ideas of what these women "should" look like and focus instead on the inherent beauty of their bodies.

"As we arrive closer to a place of gender fluidity I think it will become less important to view people in terms of a binary. Every human is a beautiful pulsating force," she said, adding that many of her subjects later asked that she photograph them nude after initially insisting they wanted to keep their clothes on.

"For me, this work represents more than a group of people: It represents a collective shift in the current cultural landscape," she said.

"I like that there is ambiguity between the subjects of each series as well," she said. "Often people struggle to identify the difference between a man or a woman ... I embrace this idea of blurring lines within my work and in life in general, so with both [I Heart Boy and I Heart Girl], it's not so much about reinforcing gender as it is about celebrating both the similarities and difference between people."

Yatrofsky believes the individuality portrayed in both series is a sign of greater tolerance throughout society — and an understanding that not all of us can ever fit perfectly into a given mold.

"Perhaps the origin of this movement came from individuals arriving at the self-realization that they didn't agree with the gender assigned to them at birth," Yatrofsky said. "We are seeing society becoming more gender fluid before our eyes, [and] it's a beautiful thing."