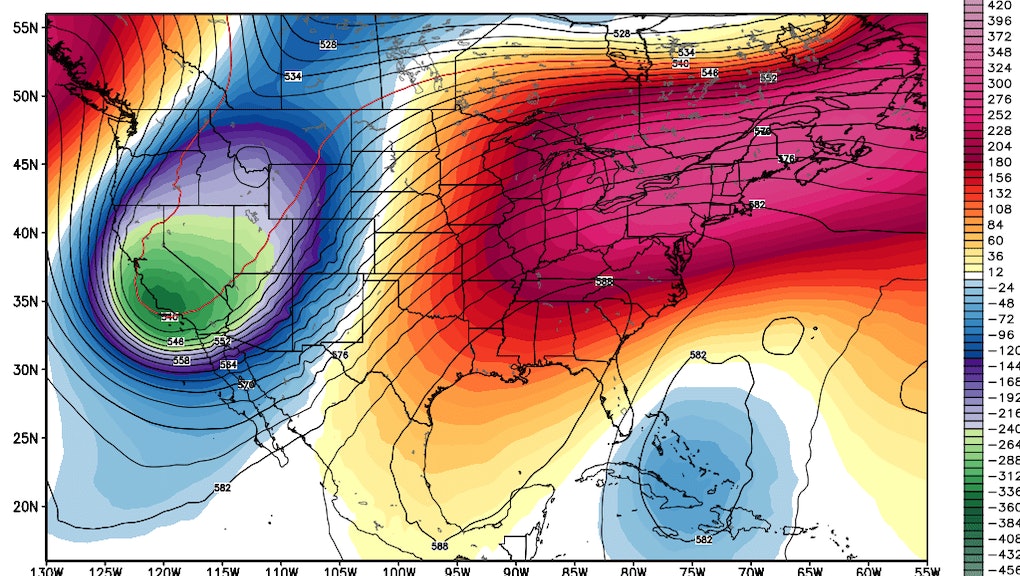 Thanksgiving 2015 Weather Forecast and Predictions by Region, from Northeast to Southwest

Weather forecasts for Thanksgiving week predict that some regions of the United States will experience mild conditions, while other regions may see more severe weather, including rain and snow that could affect holiday travel plans. Here's a breakdown of weather predictions for each region for Thanksgiving 2015.

According to AccuWeather, a mix of snow, rain, ice and thunderstorms may hit the Central U.S. on Thanksgiving day. Another report from AccuWeather predicts the East Coast will have the most favorable travel weather on Wednesday leading up to Thanksgiving day, while the Northwest region will likely be hit with a snowstorm during the week.

Northeast: Many in the Northeast should enjoy a relatively mild weather through the weekend. For New York, AccuWeather predicts sunny weather all week with high temperatures jumping from the upper 40s to the mid-60s by Friday. Stormy conditions will be in effect over the Atlantic Ocean but shouldn't hit land.

"As is sometimes the case during mild weather in November, patchy fog could slow down some morning travelers from the interior South to New England," according to AccuWeather senior meteorologist Alex Sosnowski. "However, the weather in the East is likely to feature the most favorable travel conditions with sunshine."

"There will be heavy rain across most of Oklahoma, eastern Kansas and western Missouri,"  AccuWeather meteorologist Steve Travis told Pydnynowski. "Oklahoma City and Wichita, Kansas, lie within this zone."

Texas and Arkansas will experience thunderstorms on Thanksgiving day, per the report, and steady rainfall will hit the region north of Texas spanning to Michigan.

Northwest: A storm is heading toward areas of the Northwest region in the days leading up to Thanksgiving. "We expect another large storm to roll from the Pacific and expand toward the Rockies during the week of Thanksgiving," according to AccuWeather senior meteorologist Brett Anderson.

Regions of the Cascades, the Sierra Nevada and the Rockies should see a mix of heavy rain and snow from Monday through Wednesday, per the report. Seattle, San Francisco, Salt Lake City and Denver could also be affected by the storm.

Southwest: If the aforementioned Northwest storm turns south, Southern California, Arizona and New Mexico may also experience rain from Monday through Wednesday. "The exact strength and timing of the storm is still uncertain," according to Anderson.

Southeast: Most of the southeast should enjoy similar mild weather conditions to the Northeast throughout the week, with areas of Florida experiencing some rain showers, not something that's out of the ordinary for the state.