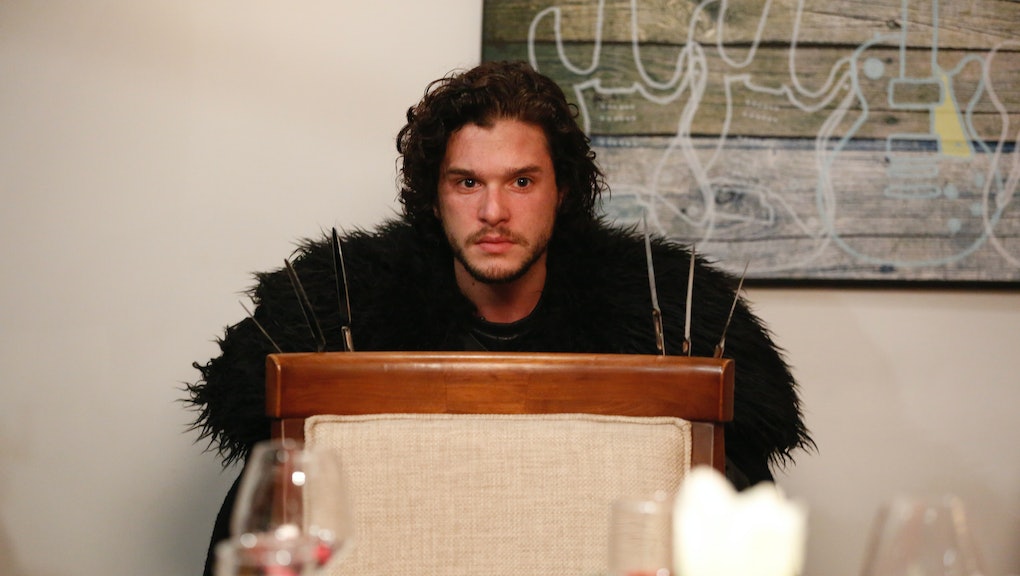 HBO has all but given up the pretense that season six of its hit show will put Jon Snow actor Kit Harington out of a job.

Massive billboards in Times Square and Hollywood promote the next season of Game of Thrones with a photo of a blood-splattered Jon Snow, essentially heralding Harington's continued role in the series moving forward.

While Snow supposedly died at the end of season five, it seems rather unlikely HBO is advertising the return of a corpse.

Game of Thrones fansite Watchers on the Wall has previously reported sightings of Harington in Belfast, Ireland, at a location where HBO was known to be filming a major battle scene for the next season. Harington has also conspicuously declined to change his contractually mandated hairstyle.

While Snow's return is all but certain at this point, it's unclear just how the lord of the Night's Watch will come back following his assassination at the hands of his sworn brothers. But many fans have speculated that Melisandre, the red priestess who abandoned Stannis Baratheon before his disastrous defeat by Ramsay Bolton outside Winterfell, will find a way to deliver Snow the breath of life seen being used by other clerics of R'hllor in previous seasons.

Of course, there's no firm guarantee Snow will actually come back — his fate in the books is still unresolved as well, and rumor has it George R. R. Martin is known to throw in a minor plot twist here and there.