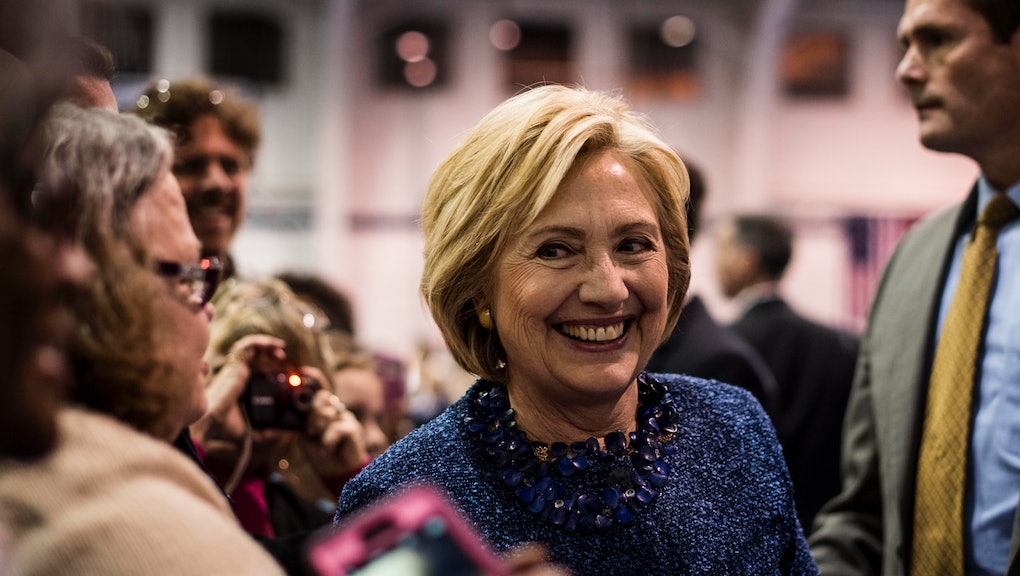 Every time there is a major terror attack that shocks the international consciousness, there are renewed calls for surveillance and increased policing. And even though we're slowly learning that encryption techniques had nothing to do with the attacks on Paris, politicians are still revitalizing a debate as old as the Internet — whether or not the government should be able to break encryption.

Encryption is the process of taking a message, or any block of text or information, and scrambling it so that it can only be read by the intended recipient. It's baked into many message and email systems automatically, preventing law enforcement from catching the messages in transit and unpacking their contents.

On Thursday, Hillary Clinton called on tech companies to avoid seeing the government as an "adversary" and to "develop solutions that will both keep us safe and protect our privacy" before another attack like Paris occurs.

"Encryption of mobile communications presents a particularly tough problem," Clinton said during a speech at the Council on Foreign Relations last week. "We should take the concerns of law enforcement and counterterrorism professionals seriously. They have warned that impenetrable encryption may prevent them from accessing terrorist communications and preventing a future attack."

Silicon Valley has been vowing in droves to not bend to the political pressure to change their encryption standards. But it's not because they're stubborn, naive or capitalistic. It's because "weakening" encryption is nearly impossible.

You can't install backdoors for good guys without making communications vulnerable to innumerable bad guys, just like you can't put a screen door on a submarine and hope that just certain tiny fish will get in but not the fatally smothering ocean.

There is no middle ground: Many politicians and security officials who should have a firmer grasp of cryptography speak about encryption as if it were a gym locker that can be opened with a simple combination, and that Silicon Valley simply refused to open the locker to anyone out of moral principle.

The truth is that encryption is more like a submarine that only opens once it gets to its destination at dry land. It's an equation that is either secure or not — if "weakened" it would undermine the entire system. You can't install back doors for good guys without making communications vulnerable to innumerable bad guys, just like you can't put a screen door on a submarine and hope that just certain tiny fish will get in but not the fatally smothering ocean. Simply: Just weakening encryption in an even passably safe way might be impossible.

Regardless, tech companies are slathered with accusations of being stubborn or uncooperative. CIA director John Brennan and NYPD Commissioner Bill Bratton have both come out calling for law enforcement's increased access to encrypted communications, while a Telegraph op-ed called "Why is Silicon Valley helping the tech-savvy jihadists?" recently accused tech companies of making counterterrorism "infinitely harder" and that "this isn't about privacy, it's about profit."

"The tech firms have calculated that they build user numbers by inflaming fears of violations of privacy and offering more secrecy than anyone else," theTelegraph wrote. It suits them to paint Government agencies as snoopers who hate all encryption. But this is too simplistic."

Silicon Valley can be rife with infantilization, high-minded ideals, a lack of social responsibility and a disdain for the public sector. But in this case, the tech business is being asked for something they cannot deliver.