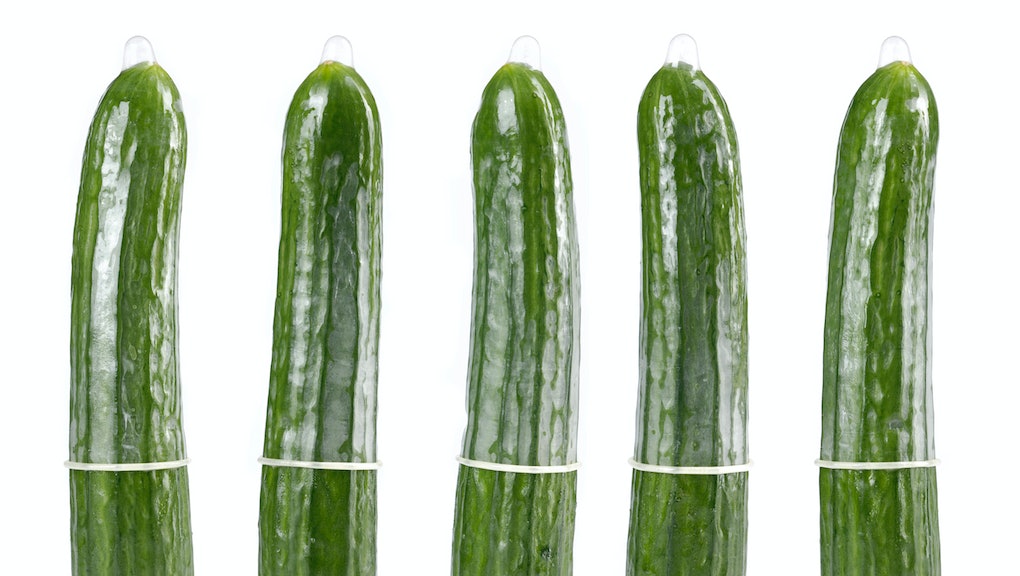 On Nov. 12, Sherre Ferguson, a high school teacher at Starkville High School in Starkville, Mississippi, held a career day for her Honors English class. One student chose to do a presentation on the career of "sexologist," which involved an interview with a professional sexologist as well as a demonstration of safe sex practices, in which the student put a condom on a cucumber.

A few days later, Ferguson was put on leave for allowing the presentation to take place in her classroom, prompting the student's furious family members to circulate a Change.org petition demanding her return to the classroom.

"Mrs. Sherre Ferguson, was put on leave from the school ... (told to gather her things and go home -- the state of her continued employment is ambiguous as far as we know and we have heard conflicting reports of whether this leave is paid or not)," the Change.org petition read.

The petition was successful, garnering local news coverage as well as 2,820 signatures. In response to the hubbub, the school district released a statement saying that "while the condom demonstration that occurred during the presentation is a violation of Mississippi law and school board policy," Ferguson would eventually be allowed back into the classroom.

Ms. Ferguson has since returned to the classroom, according to an update on the Change.org petition.

"This was all we wanted to see happen. We felt terrible that anything we might have supported would have harmed a cherished teacher," the Napier-Sinclair family wrote on Nov. 20.

Although the story has a happy ending, it points to some serious issues with the sex ed policy in Mississippi.

According to its website, the Starkville Oktibbeha Consolidated School District teaches what it refers to as an "abstinence-plus" sex ed program, a term used to describe a curriculum that teaches abstinence as well as other sexual health issues, including information about HIV/AIDS and how to respond to unwanted sexual advances.

The curriculum teaches that "a mutually faithful, monogamous relationship in the context of marriage is the only appropriate setting for sexual intercourse," and requires that boys and girls be taught separately. The curriculum also explicitly prohibits "instruction and demonstrations on the application and use of condoms." (Earlier this year, another Mississippi teacher cleverly got around this rule by using a sock in lieu of a condom.)

But if you look at teenage sexual health statistics for the state of Mississippi, this sex ed policy doesn't seem all that effective. As of 2012, for instance, Mississippi had the third highest teen birth rate in the United States, with approximately 13 teenage girls between the ages of 15 and 19 giving birth per day. Additionally, in 2012, Mississippi ranked first in 50 states in both chlamydial infections and gonorrheal infections, the CDC reports.

Despite these dismal statistics, sexologist Dr. Logan Levkoff told Mic she wasn't surprised that the school board reacted so strongly to the student's condom demonstration. (Mic has reached out to School Superintendent Dr. Lewis Holloway and High School Principal Mr. David Baggett for comment, and we'll update if we receive a response.)

"People hear the word sex and make an assumption that you're teaching 'how to,' that it's about how to have or engage in certain behaviors, not that it's a holistic look at an entire person," Levkoff told Mic.

While many abstinence-only or abstinence-plus advocates have argued that condom demonstrations encourage kids to have premarital sex, research from the American Academy of Pediatrics has found there is zero evidence linking safe sex education to increased adolescent sexual activity.

In light of the refocused attention on Mississippi's teen pregnancy and STI rates, Ferguson's story will hopefully bring light to the continuing failure of abstinence-based education. But in the meantime, she's just happy to have her job back.

"I want to thank everyone for the overwhelming support! I am grateful for all of the love shown," Ferguson told Mic.