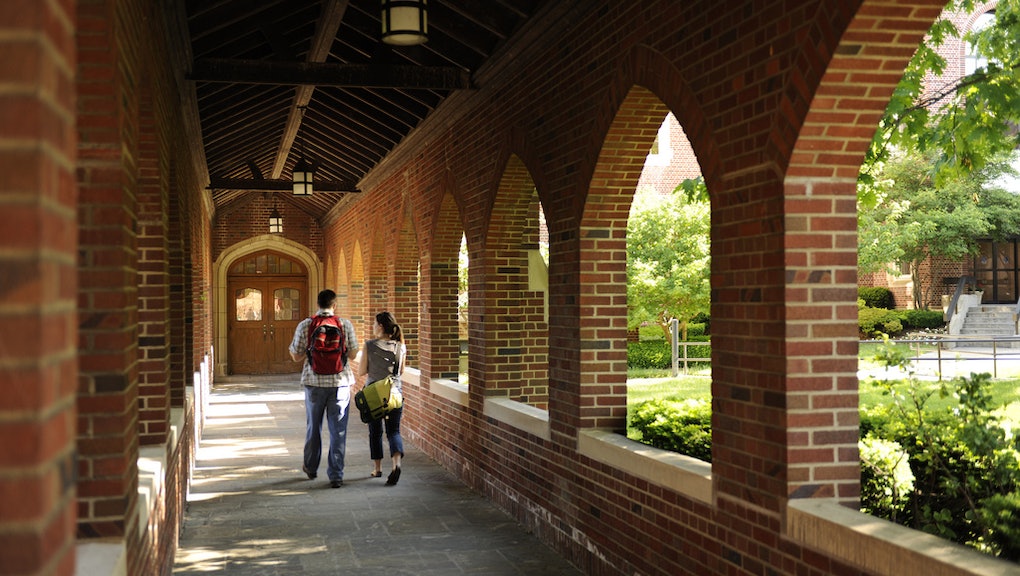 Campus sexual assault is undeniably widespread. An estimated 15.3% of freshman women reported an attempted or completed rape during their first year on campus at one New York school — which increased to 18.6% when accounting for more than one event, according to a study recently published in the Journal of Adolescent Health. Yet somehow 91% of the 11,000 colleges that disclosed annual crime data reported there were zero incidences of rape on their campuses in 2014, according to a new American Association of University Women report.

"The data reported by the nation's colleges simply defy reality and common sense," Lisa M. Maatz, vice president of government relations at the AAUW, said in a statement. "These numbers don't reflect campus climate surveys and academic research, let alone what we're hearing from students themselves."

The Clery Act, which requires schools to disclose crimes committed on their campuses and from which these numbers were gathered, exists not only to publicly hold campuses accountable, but also to "disclose educational programming, campus disciplinary process and victim rights regarding sexual violence complaints," according to the anti-sexual assault organization Know Your IX, as well as to "address all incidents of sexual violence, sexual assault, domestic violence, dating violence and stalking."

Given that studies show violence against women is prevalent on campus, crime rate reports that reflect this prevalence indicate campuses have systems in place to adequately support survivors. Colleges that report low rates — or zero, as so many did in this case — suggest that crimes being committed on their campuses aren't being addressed nor are survivors supported.

This observation seems to hold true in AAUW's recent data analysis. Campuses that disclosed one type of incident were more likely to report other incidents — like dating violence or stalking incidents — as well, which ultimately indicates that these schools "have built systems to welcome reports, support survivors and disclose statistics correctly," Maatz said in the release.

Higher numbers of reported incidents are therefore deceptive indicators of progress and suggest campuses are "breaking that culture of silence," Alison Kiss, executive director of the Clery Center for Security on Campus, told the Huffington Post last October.

It's a paradox that politicians are even trying to address. "Lax oversight," on the federal level "has the perverse effect of incentivizing colleges to encourage non-reporting, under-reporting and noncompliance with the already weak standards under current federal law," Sen. Kirsten Gillibrand (D-N.Y.) wrote in a 2014 Time op-ed on the topic. The government, she continued, should encourage colleges "to take proactive steps to protect their students and rid their campuses of sexual predators" by flipping "the incentives that currently reward keeping sexual assault in the shadows."

Ultimately, this data underscores the deceptive importance of relatively high reported rates of campus sexual assault. As Maatz aptly concluded in the release, "schools that aren't using this tool are shortchanging their entire campus communities."