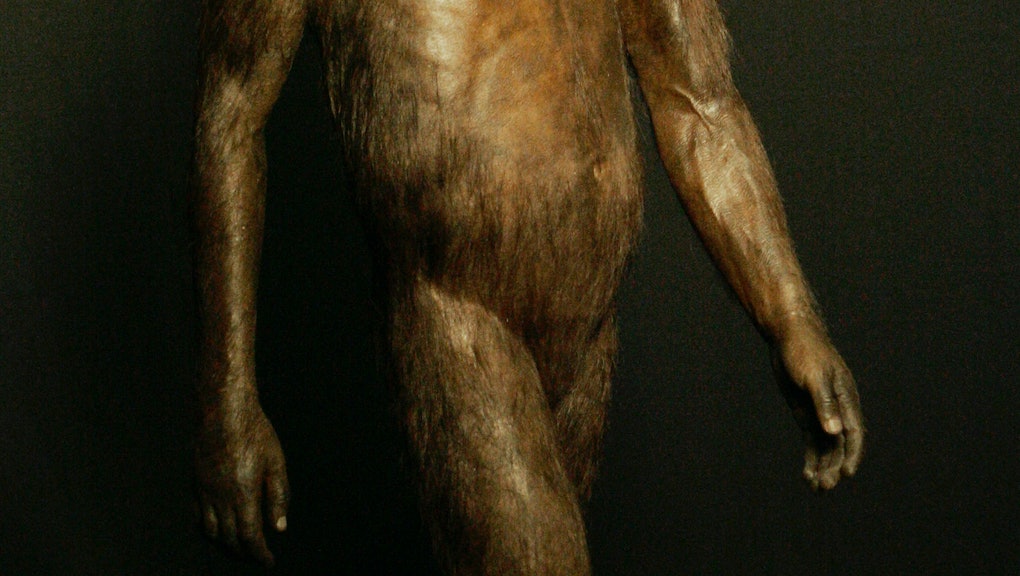 Who Is Lucy the Australopithecus? Here's Why We're Celebrating the Oldest Hominid Today

Lucy, a 3.2 million-year-old hominid whose remains were discovered in Ethiopia on this day 41 years ago, is being celebrated in the form of a Google Doodle. She comes from the Australopithecus afarensis species, which wasn't known to exist before Lucy's remains were dug up in 1974.

"As I looked up the slopes to my left I saw bits of the skull, a chunk of jaw, a couple of vertebrae," paleoanthropologist Donald Johanson, who discovered Lucy with a team on a Sunday morning in 1974, told the BBC in 2014. "I realized this was part of a skeleton that was older than 3 million years."

Suddenly, Lucy was the oldest ancient human predecessor ever found, and she had been kept remarkably intact — at least 40% of her skeleton was still in place. The female hominid whose ancient fossils had essentially thrown a wrench in everything experts knew about the origin of man was then given the name Lucy after the Beatles' "Lucy in the Sky With Diamonds" came on at the team's campsite the night of their discovery. According to experts, Lucy walked upright, stood at only 3 feet, 7 inches, and weighed a mere 64 pounds, the Independent reported.

Although Lucy lived millions of years ago, her influence on mankind is still felt today. In fact, in a recent trip through Africa, President Barack Obama was given exclusive permission to touch one of her ancient bones, theTelegraph reported.