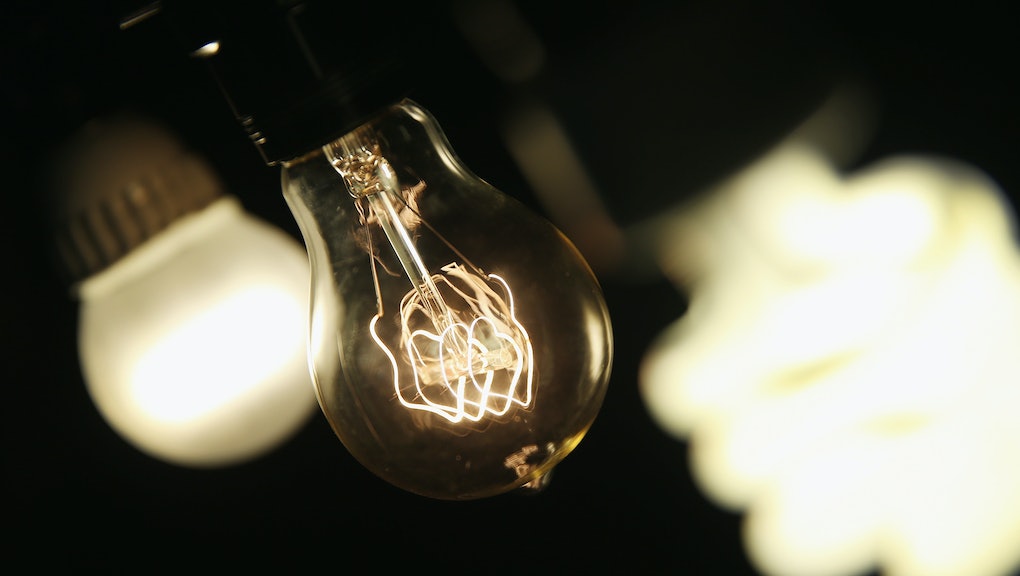 As the Internet grows, the need for speed is dire. By 2019, we could have 10 billion devices worldwide moving quintillions of bytes of data daily, which is a massive drain on a world where 4.2 billion people of the general population are connected. In only a few decades, we've moved from dial-up through DSL and up toward standards like broadband and Wi-Fi.

So what's next? Beams of light, flickering faster than the eye can see.

Li-Fi has been theorized for years. Besides the speed, one hook is that although new computers and products would have to be adapted to be compatible, we wouldn't need an entire infrastructural broadband overhaul in order to standardize it: While the rest of the electromagnetic spectrum is crammed with heavily regulated radio waves and other clunky standards taking up room, light is drastically underutilized in terms of communicating data.

Good for security, good for the environment: Increased speed isn't the only potential benefit of Li-Fi lighting. Li-Fi capitalizes on another well-hyped technology of the future: LED lightbulbs, while more expensive than standard tungsten lightbulbs, last longer and are better for the environment. The option to retrofit a home with Li-Fi lightbulbs could have the effect of bringing more energy-efficient, sustainable technology into even more homes.

And it could be better for security. Hackers sitting it cars and coffee shops can use your Wi-Fi connection as a pathway to finding your sensitive information just by latching themselves onto the same network as you. Li-Fi can be localized simply by closing the curtains. As Science Alert writes:

Unlike Wi-Fi transmitters, optical communications are well-confined inside the walls of a room. This confinement might seem to be a limitation for Li-Fi, but it offers the key advantage that it is very secure: if the curtains are drawn then nobody outside the room can eavesdrop. An array of light sources in the ceiling could send different signals to different users. The transmitter power can be localized, more efficiently used and won't interfere with adjacent Li-Fi sources. Indeed the lack of radio frequency interference is another advantage over Wi-Fi.

Overall, speed could be the true appeal for most consumers. Higher broadband ushered in the age of Netflix, downloadable video games and other large-format media that has cruised into our homes through pipes big enough to carry them. When those pipes get another hundred times thicker, what will we pull through?