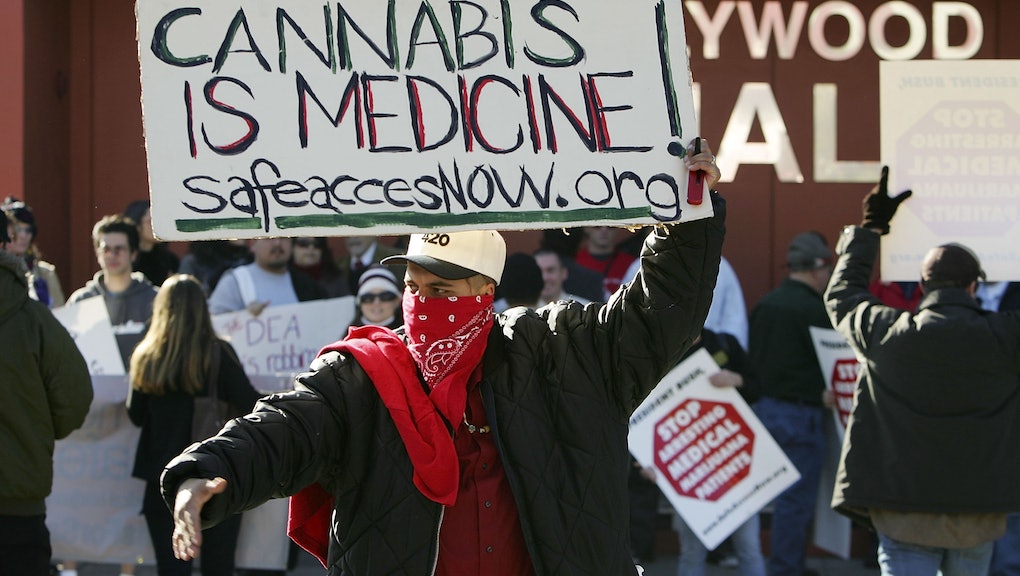 Activists calling for the legalization of medical marijuana are demanding the resignation of Drug Enforcement Administration acting chief Chuck Rosenberg over comments he made suggesting medical marijuana was "a joke." A Change.org petition launched earlier this month by the advocacy group Marijuana Majority calling for Rosenberg's removal has already generated more than 115,000 signatures.

"Medical marijuana is not a 'joke' to the millions of seriously ill patients in a growing number of states who use it legally in accordance with doctors' recommendations," the petition reads. "President Obama should fire Chuck Rosenberg and appoint a new DEA administrator who will respect science, medicine, patients and voters."

In a Nov. 6 press conference, Rosenberg offered a sweeping dismissal of medical marijuana, and openly challenged its scientific value.

"What really bothers me is the notion that marijuana is also medicinal — because it's not," Rosenberg told reporters, according to CBS News. "We can have an intellectually honest debate about whether we should legalize something that is bad and dangerous, but don't call it medicine — that is a joke."

His argument dovetails off the agency's most recent National Drug Threat Assessment Summary, which saw increases in the use of most hard drugs. At the same time, the report showed that of the drugs addressed in the report, police officers viewed marijuana with the least concern.

On Friday, weed supporters upped the ante, delivering a copy of the petition to the DEA's headquarters in Washington. "It's simply unacceptable for the Obama administration's top drug official to make comments that are contrary to what science and doctors say about medical marijuana," Marijuana Majority president Tom Angell said.

Rosenberg's remarks puts the DEA increasingly out of step with the views of a growing majority of the American public in favor of legalization. A 2013 Gallup poll showed that 58% of Americans want to see the complete and total legalization of marijuana. Those findings have been bolstered by other polls confirming a reduced, but clear, majority of Americans support legalizing the drug. On the subject of medical marijuana, the debate is largely closed with a staggering 88% of Americans saying it should be legal.

Science also suggests Rosenberg is overstating his case. In states where medical marijuana is legal, it's often given as a painkiller to treat numerous ailments. Evidence, both anecdotal and scientific, exists says the plant can alleviate muscle spasms in MS patients, stimulate appetite in patients with diseases like cancer (no surprise there) and mitigate the impulsive symptoms of mental disorders like schizophrenia and Tourette syndrome. Three cannabinoid drugs (Marinol, Cesamet, Epidiolex) have been approved for use by the FDA. With marijuana presently labeled as a Schedule I drug, the same classification reserved for LSD and heroin, it is difficult to conduct formal scientific studies into many other promising leads.

The issue of legalization has already emerged as a major point of distance between Democratic presidential front-runner, former Secretary of State Hillary Clinton and her challenger, Vermont Sen. Bernie Sanders. Clinton has limited her support to limit restrictions on marijuana to medical purposes only. Sanders has taken the most progressive stance of any mainstream candidate in the 2016 race, saying he wants the federal government to lift its ban on marijuana once and for all, but will leave regulation of the substance to the states.

With the Obama presidency entering its twilight, the bigger question of marijuana legalization will more than likely have a place on the to-do list of his successor. But first, expect to see it feature as a major issue during the next Democratic debate on Dec. 19.