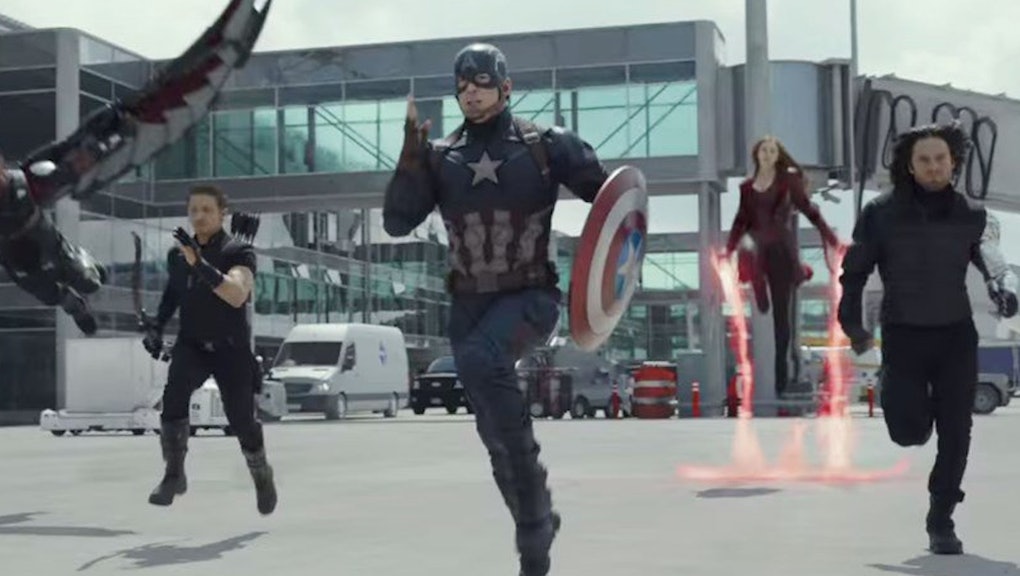 The latest installment of Marvel's Captain America franchise is set to hit theaters next year, featuring the same cast as 2014's Captain America: The Winter Soldier. Scarlett Johansson, Chris Evans, Anthony Mackie, Elizabeth Olsen and several others are joining forces once more for Captain America: Civil War, premiering May 6, 2016, according to IMDb.

As Wired reports, this is the third phase for Marvel, and the franchise is planning on opening up new storylines and plot twists from its comics. In one scene in the latest trailer, Iron Man can be seen squaring off against Captain America and Winter Soldier at the same time in what's sure to be an epic battle scene. Johansson's character Natasha also delivers an especially badass line that sends chills down the spine as she speaks with Captain America: "You know what's about to happen. Do you really want to punch your way out of this?"

Check out the first trailer for Captain America: Civil War below: