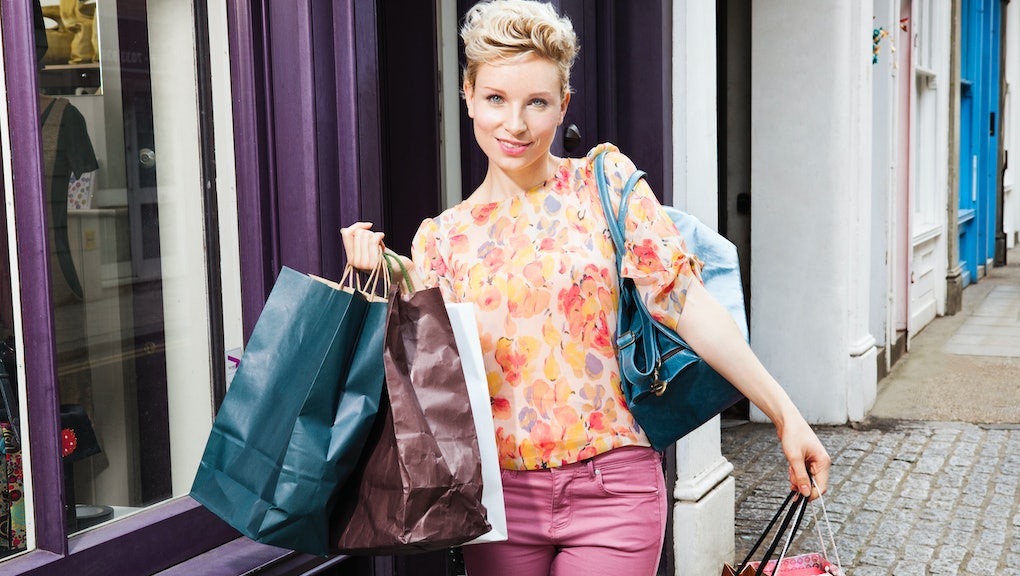 Basically, your pursuit of this bag was like an Olympic sport.

Now researchers are here to confirm that there are, in fact, "sport shoppers" whose approach to bargain-hunting is comparable to an athlete's approach to sports.

According to a new study conducted by professors Kathleen O'Donnell and Judi Strebel from San Francisco State University and Gary Mortimer from Queensland University, "these shoppers exhibit behavior similar to that of competitive athletes in that they view bargain shopping as an achievement domain."

In it for the thrill: To be published in the Journal of Retailing and Consumer Services in early 2016, "The Thrill of Victory: Women and Sport Shopping" breaks down the typical profile of a sport shopper, aka someone who can afford to purchase an item at full price but stops at nothing for the cheaper price.

It's not that they need the bargain deal, they just want it. It's not about the cheaper price — it's about the rush of victory.

"This is somebody who takes great pride in their ability to get the thing they want at a discount," O'Donnell said in a press release about the study. "It's not about spending the least, it's about saving the most."

The pre-game strategy: Another characteristic of "sport shoppers" is that they can recall their greatest deals in detail, much like how athletes can recall the stats of their best games.

Also, sport shoppers have also been known to strategize ahead of the big match, much like athletes. For example, while football players may prepare for a big game by watching their opponents' game tapes, a sport shopper will map out the department store, take note of merchandising patterns and even plan out her schedule accordingly before she heads out for the day.

"Like other 'athletes,' they also love to share the stories of their wins with anyone who will listen," O'Donnell told Mic via email. "Kind of like that annoying co-worker who loves to talk about her morning run, the sport shopper will freely volunteer the details for their win to anyone who comments on their dress, sweater, shoes, bag, etc."

This isn't the first time shopping and sports have been equated; in fact, science provides another key piece of the analogy. When our brain's reward center lights up, it triggers a flood of dopamine. That release can come from watching your sports team win (or actually winning yourself), and it can also come from scoring a great shopping deal.

"The minute one of these bargain addicts sees one 'Sale' sign — cue a jolt of dopamine — they're hooked," wrote Mark Ellwood, author of Bargain Fever: How to Shop in a Discounted World, wrote in Time. "Before it can be cleared away, the dopamine's already triggered a second reaction to another clearance rack and so on."

Interestingly, O'Donnell said that although she has only studied women exhibiting this behavior, she is certain that there are male Sport Shoppers out there as well.

"Given the historical importance of appearance and apparel for women, we think there may be more female sport shoppers, but we are looking forward to identifying and interviewing male sport shoppers as we move forward with this research," O'Donnell told Mic.

So if you're obsessively tracking markdowns, studying the blueprint of every mall and carving out serious time to attack some clothing racks, you can now officially call yourself a sport shopper. Or, better yet, an athlete. Feel free to start considering all those trips to the mall as "exercise."