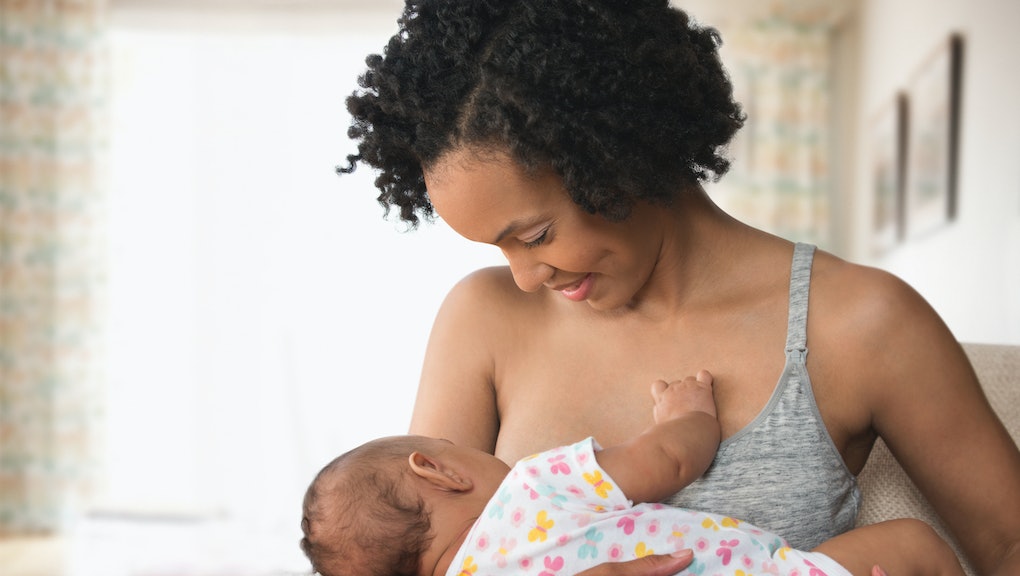 The Surprising Health Benefits of Breastfeeding: Lower Rates of Cancer and Diabetes

When it comes to babies' health, breastfeeding has plenty of known benefits — from helping their bodies grow and develop to protecting them against illnesses such as asthma, childhood leukemia, lower respiratory infections and sudden infant death syndrome.

But what few may realize is that breastfeeding has health benefits not just for babies, but for their moms too. In two recent studies spotted by ABC News, researchers offered up further proof that breastfeeding might lower women's risk of developing Type 2 diabetes and certain types of breast cancer.

"We tend to think more about the health benefits to infants, but the mother derives an immense boost to her long-term health by breastfeeding as long as possible," Marsha Walker told Mic. Walker is a registered nurse, international board certified lactation consultant and executive director of the National Alliance for Breastfeeding Advocacy.

The first study, published in the Annals of Internal Medicine, looked at 1,035 mothers who developed gestational diabetes while pregnant. By examining the women throughout the two years following their deliveries, researchers sought to determine whether breastfeeding helped lower their risk of developing Type 2 diabetes.

Among women who developed gestational diabetes, those who breastfed were up to 50% less likely to develop Type 2 diabetes within two years of their deliveries, ABC reports. Higher lactation intensity (in other words, feeding with breastmilk instead of formula) and longer duration of lactation were each associated with lowering women's likelihood of developing the disease.

"These studies are a wonderful addition to the validation of the importance of lactation to the mother."

By examining a large number of breast cancer cases from 27 prior studies, researchers found that women who breastfed were approximately 20% less likely to develop triple negative breast cancer, ABC reports.

The medical community has long known that breastfeeding can help reduce women's risk of developing breast cancer. Using data collected from 1957 to 1965, a 1985 study found an inverse relationship between lactation and breast cancer in premenopausal women — findings backed up by a number of other studies over the years. Today, Breastcancer.org advises "breastfeeding can lower breast cancer risk, especially if a woman breastfeeds for longer than one year."

Other studies have shown that women who breastfeed tend to be at lower risk of heart disease and ovarian cancer.

"Breastfeeding can be very important in the realm of mood disorders," Walker said. "Breastfeeding women may have lower depression, fatigue, anxiety and dysphoric moods, less perception of stress and more positive life events than formula-feeding mothers."

"Given what we know about the lactation process and the accumulating evidence about how lactation affects metabolism, glucose sensitivity and the programming of the functions within the breast," she said, "these studies are a wonderful addition to the validation of the importance of lactation to the mother."