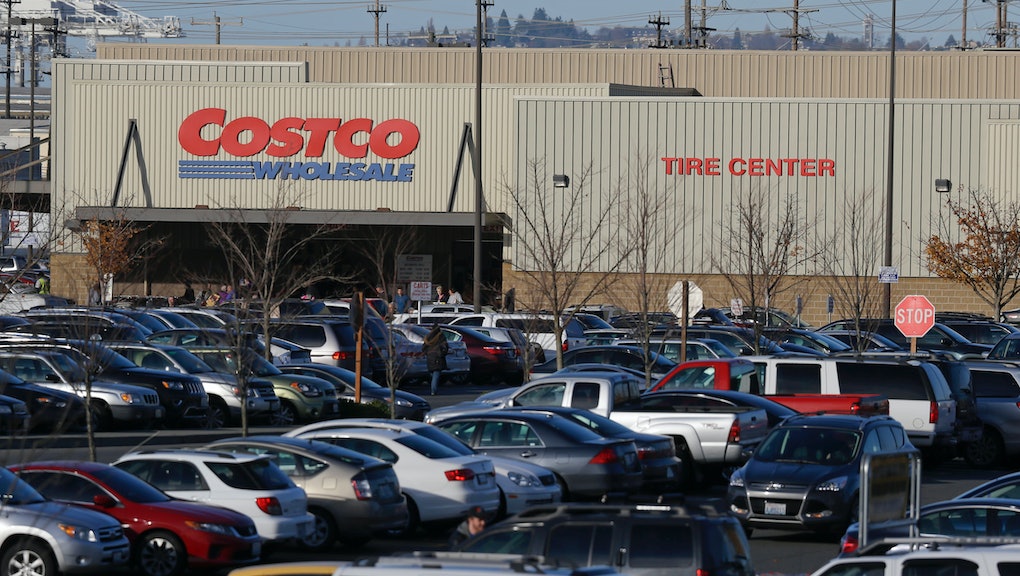 Bringing a store-bought side dish to the family party may not be the safest approach to winning Thanksgiving dinner this year. The Centers for Disease Control and Prevention reported Tuesday at least 19 cases of E. coli in seven states have been linked to Costco's rotisserie chicken salad.

"The epidemiologic evidence available at this time suggests that rotisserie chicken salad made and sold in Costco wholesale stores in several states is a likely source of this outbreak," the CDC wrote in a notice Tuesday. CDC also reported Costco has since stopped producing its rotisserie chicken salad in the United States, though most states reporting illnesses are primarily from the western portion of the nation.

Here are the states included in the outbreak:

Costco alerted the CDC on Friday it had removed the rotisserie chicken salads from its stores. The CDC issued a warning to Costco customers encouraging them to throw out any of the store's chicken salad. Five people have been sent to the hospital for E. coli-related symptoms; two people developed a kidney failure called hemolytic uremic syndrome. No deaths linked to the outbreak have been reported.

A joint investigation between Costco and the CDC into what ingredient caused the development of E. Coli is currently underway. Visit the CDC to find out more about the outbreak.