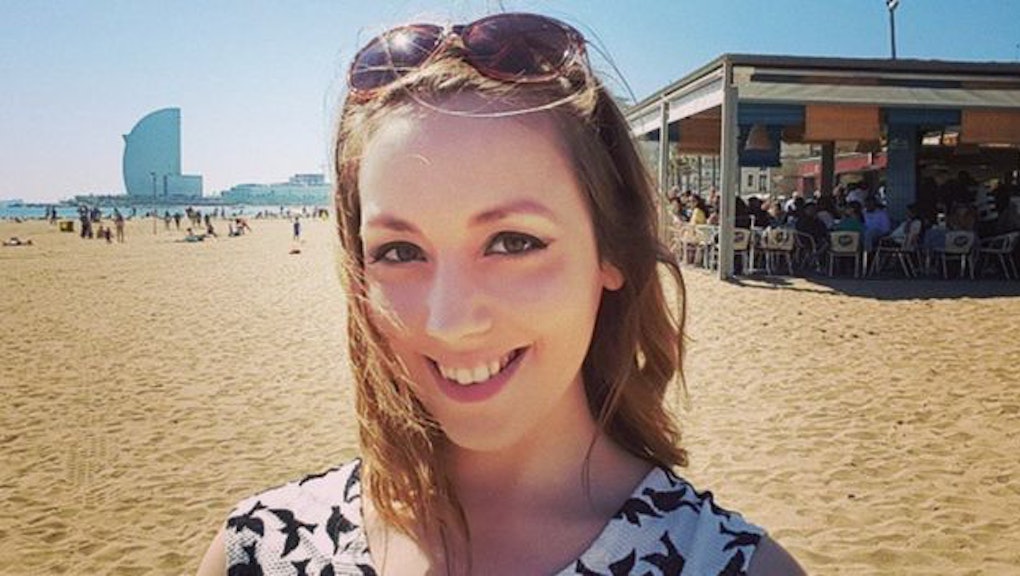 Let's get one thing straight: When a woman talks openly about her reproductive status, she doesn't intend it as an open invitation to be shamed, criticized, judged or silenced by the outside world. But when a woman talks about why she doesn't want kids, that's usually exactly what happens.

Holly Brockwell, the 29-year-old founder of the women's tech and lifestyle site Gadgette, learned firsthand just how ugly it can be to admit you don't want to have kids, especially on the Internet. In an essay for the BBC, Brockwell detailed her struggle to get permanently sterilized before age 30 after realizing that "there's nothing about creating another human that appeals to me." She wrote:

I don't need reversible contraception. There's a 10-minute keyhole operation that can solve this problem for good, and I can't believe that at the age of almost 30 in 2015, I'm still having to fight to get it. We can choose to get pregnant at 16, but not to decline motherhood at 29. It seems our decisions are only taken seriously when they align with tradition.

While Brockwell's piece was sober and thoughtfully written, the Internet writ large interpreted it something else. Apparently, they saw the piece as an open invitation to troll her.

"The insults were all ones that are only used towards women — horrible, degrading words that I wouldn't say to anyone, no matter what they'd done," Brockwell told Mic. "One of the nastiest tweets talked about crowdfunding an operation to render me physically unable to speak. I think that says everything about what the trolls want. They want women like me silenced. They want to take away our power to be heard."

Like an ever-increasing number of women who don't have children, Brockwell said she'd gotten used to the sorts of unsolicited comments and criticism many childfree women face on a regular basis, such as being called "selfish" for prioritizing her career over parenthood. But the level of rage directed at her for saying she doesn't want kids was something new.

According to Brockwell, within half an hour of her essay being published, she was called "ignorant," "stupid," "an attention-seeker" and "in need of psychiatric help."

"I think a lot of the backlash relates to the age-old idea that women are just brood mares who exist to further the species and nothing else," Brockwell told Mic. "Well, if that's the case, why do we have brains and imaginations? Why are we equipped with not just a uterus but dreams and ambitions?"

She added that most of the parents she's spoken to have been understanding and accepting of her decision, but that hasn't stopped trolls from arguing that she is "somehow insulting their choice or their children," Brockwell said. "Someone said I was belittling their experience, and I just can't see that at all. I have never said no one should have kids, just that I shouldn't."

At one point, the harassment became so intense that it prompted Brockwell to temporarily disable her Twitter account. She came back 36 hours later because she had a point to make — not just about reproductive autonomy, but about the way women are treated online.

Whether they're expressing views about their own reproductive choices or about video games, statistics show that women are disproportionately targeted for online abuse that is gendered, violent and personal. A report from the Pew Research Center found that while men are more likely to experience name-calling online, young women in particular face significantly higher rates of sexual harassment and stalking.

For women who have never had children, the stigma associated with that choice often translates into a milder, more passive-aggressive form of abuse, such as incessant questions about whether or not they "like" children or whether they're even capable of having children in the first place.

Yet experiences like Brockwell's demonstrate that the beliefs we have about childfree women — that they're "horrible, self-righteous, don't give a toss about anyone else," as one troll described Brockwell — are insidious and destructive.  Her story doesn't just speak volumes about how our culture treats women who don't have kids, but also about how we treat women on the Internet — no matter who they are.