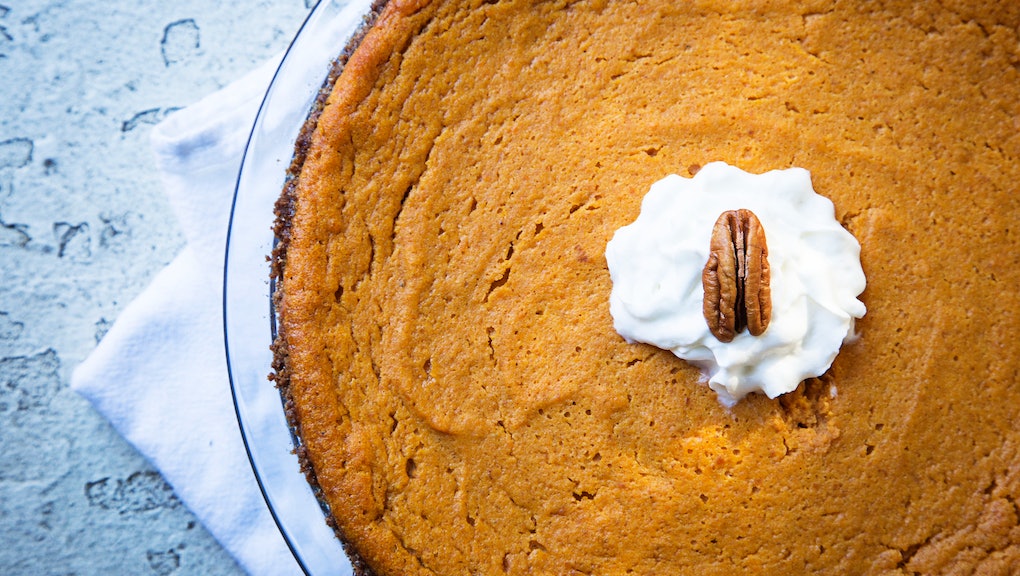 Gluten-Free? Here Are the Surprising Thanksgiving Foods You Need to Watch Out for

All across the country, Americans are preparing to gorge themselves on turkey, mashed potatoes and other beloved Thanksgiving staples. For those without dietary restrictions, the holiday is an all-out feeding frenzy.

But for those who don't eat gluten — a protein found in wheat, barley and rye, also the enemy of those with Celiac disease — the typical Thanksgiving table is chock-full of hidden dangers.

To aid you in your gluten-avoiding quest, here are gluten's top five favorite hiding spots on the Thanksgiving dinner table.

Looking for a way to fight the impossible dryness of turkey? Don't reach for the gravy. This seemingly innocuous brown sauce is actually made by collecting turkey drippings and mixing them with wheat flour as a thickening agent.

Alternative: Here's a recipe for gluten-free gravy that uses sweet rice flour or cornstarch instead of flour. Or put cranberry sauce on your turkey instead.

Cornbread is another sneaky offender. While many people assume it's naturally gluten-free — it's just corn, right? — cornbread typically contains a combination of cornmeal and wheat flour.

As a kid, I had no idea what stuffing was made of. I might have even thought it was part of the turkey. Of course, stuffing's main ingredient is cubes of bread — doughy, floury, gluten-containing bread. Stuffing might as well be called bread salad.

4. Green bean casserole: The secret's in the soup.

Mic is sorry to report that pie is off the table. That delicious, buttery, flaky pie crust cradling warm apple slices and sweet pumpkin puree is, tragically, mostly comprised of flour and butter.

Basics like turkey, mashed potatoes, cranberry sauce and roasted vegetables tend to be naturally gluten-free. Still, be sure to check with the chefs beforehand to make sure they haven't thrown in any surprise ingredients, and — if you're especially sensitive — that there's been no cross-contamination of ingredients.

And if all else fails, there's one other surefire gluten-free option: wine.