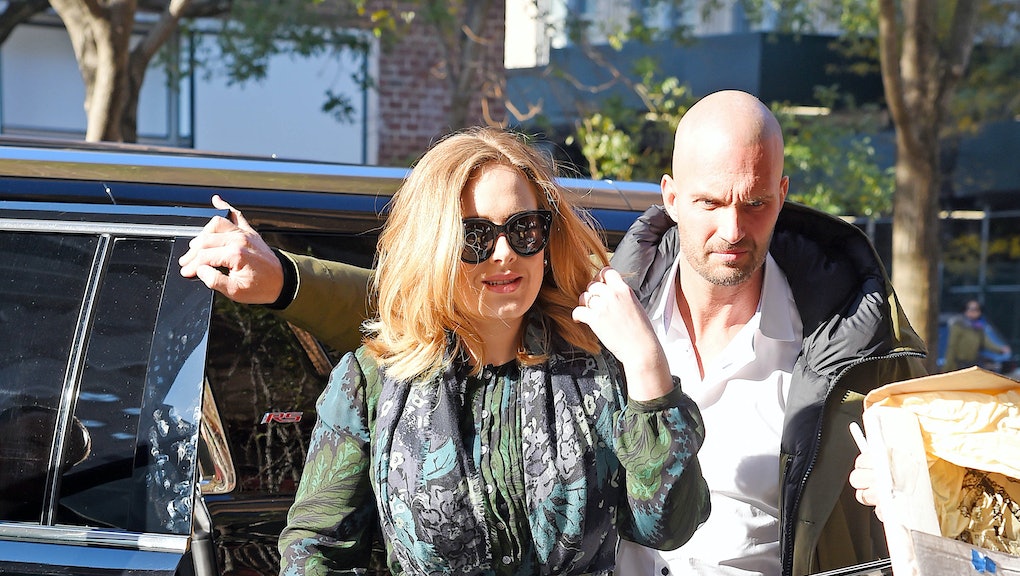 On Thursday, Adele gave fans in Europe something to be thankful for: The British megastar is going on tour to support her record-breaking third studio album, 25. The series of shows marks the songstress's first string of concerts since 2011, according to the Associated Press. Adele made her announcement in a video posted to Facebook.

"Hello, it's me," the musician said, addressing fans in the Facebook video. "I have been bluffing this whole time, and I am so relieved to finally tell you that I am, of course, coming on tour and I can't wait to see all of you there. So see you all very, very soon!"

The tour will begin on Feb. 29 in the U.K. and will end in Antwerp, Belgium, on June 13, according to Adele's tour page. Concert tickets go on sale Dec. 4. Advance ticket sales for tour dates in the U.K. will begin on Dec. 1, and advance tickets for tour dates in the EU start on Dec. 2. Per the artist's tour page, "Advance sales will be exclusive to members of Adele.com in the U.K. and Europe." Head here to register for the chance to score early bird tickets.

Naturally, Adele fans collectively fell off their chairs when news of the European tour surfaced.

Currently no U.S. tour dates have been announced, but the string of shows in Europe bodes well for the possibility of a larger tour.

Here's the list of currently scheduled 2016 shows per Pitchfork: