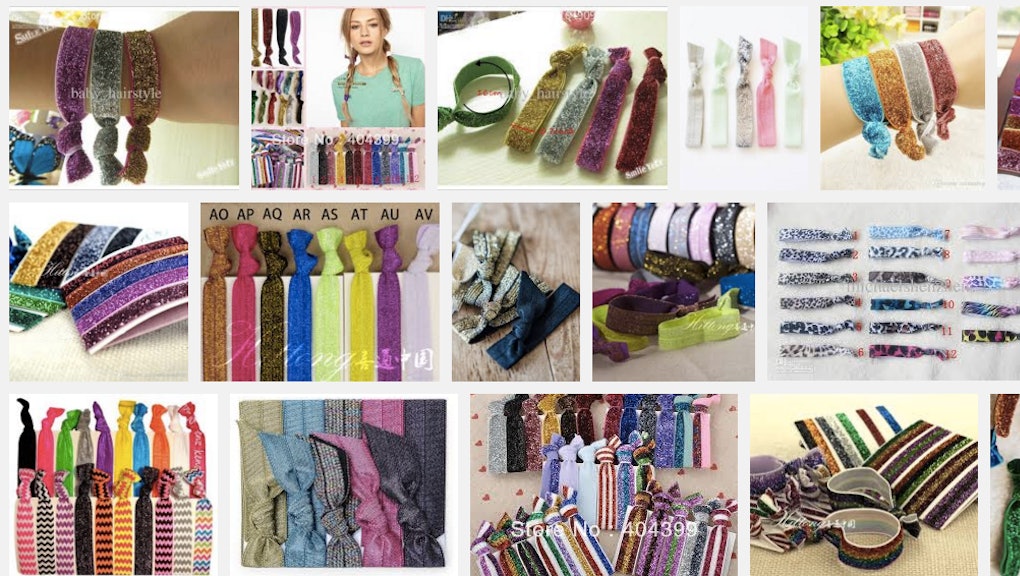 Wearing Your Hair Tie on Your Wrist Could Be a Health Risk, Says One Scary Report

If there's one piece of bad news that can strike fear in the heart of women (and men with man buns), it's this: Wearing hair ties on your wrist could be hazardous to your health.

In an instance of local news gone viral, a Louisville woman was sent to the hospital after a glittery hair tie infected her wrist. According to local Louisville news station WLKY, Audree Kopp noticed a red lump on her wrist two weeks ago that wouldn't stop growing.

She eventually went to the hospital, where she had emergency surgery, which involved cutting open the lump. "She had a large abscess on the back of her wrist, so I basically made an incision and drained the puss all the way down," Dr. Amit Gupta at Norton Healthcare told WLKY.

Gupta believes the abscess was from the glitter-covered hair ties Kopp often wore around her wrists, which trapped bacteria and got into her pores.

"The GLITTER tie is the one that caused this issue," Kopp wrote on her Facebook (be warned, the photos are a little graphic). "It rubbed a tiny scratch on my wrist, and the bacteria from the tie jumped in... causing a life-threatening bacterial infection. I was admitted to the ER, transported by ambulance to another hospital for emergency surgery. My white cell count was thru the roof, and I was lucky to have NOT had sepsis.

"Please share this, because I'm pretty sure about 90% of us females don't think twice about keeping hair ties on our wrists (obviously I won't be doing it anymore)."

She probably didn't have to ask anyone to share it, considering how fear-inducing it was to so many who read it. How many of us have kept hair ties or elastics on our wrists?

Knotted ribbon hair ties in particular have become popular over the past few years, beloved for how gentle they are on hair and, of course, how comfortable they feel on wrists. They're also easy to DIY, in case you don't want to bother paying $5 for them at Sephora.

But if you're going to knot your own, maybe opt to go without glitter next time.