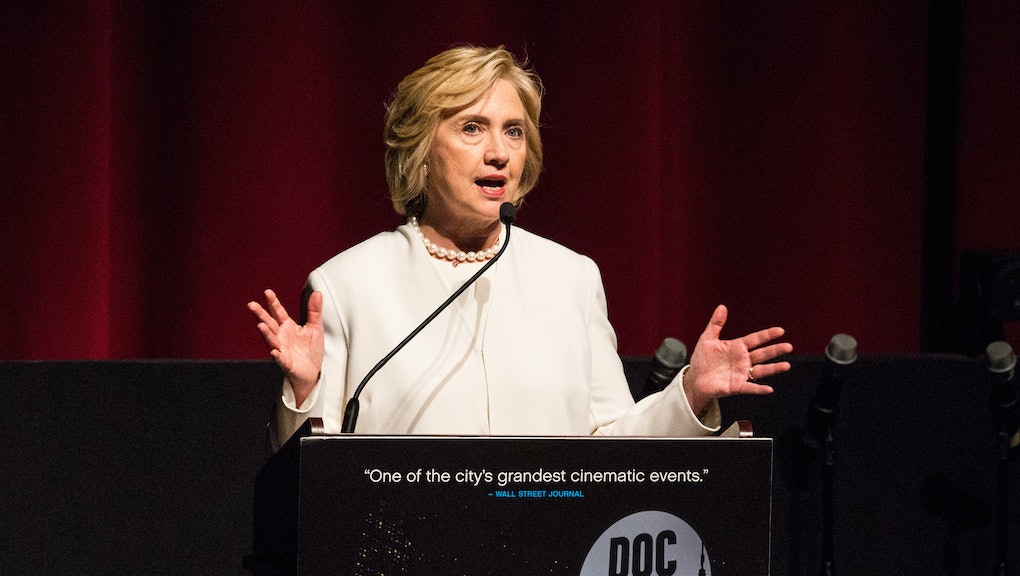 According to Hillary Clinton, we don't need to get "illegal immigrants" out of the country — we need to get them out of our vocabulary.

In a recent Facebook Q&A hosted by Telemundo, prominent journalist Jose Antonio Vargas, who came out as undocumented in a 2011 New York Times magazine essay, questioned the former secretary of state's recent use of the term "illegal immigrant."

During the chat, Vargas wrote:

Madam Secretary, in speaking at a campaign stop about immigration reform, you recently referred to "illegal immigrants"-- an offensive term that many leaders and media have abandoned in recent years. On behalf of the organization I founded, Define American, and the 11.7 million undocumented immigrants in this country--including myself--I am asking all the presidential candidates to recognize that #wordsmatter by committing to not using the term "illegal" when referencing the undocumented population. Will you make that commitment?

Yes, I will. That was a poor choice of words. As I've said throughout this campaign, the people at the heart of this issue are children, parents, families, DREAMers. They have names, and hopes and dreams that deserve to be respected. I've talked aboutundocumented immigrants hundreds of times and fought for years for comprehensive immigration reform. And I will continue to do so. We are a country built by immigrants and our diversity makes us stronger as a nation - it's something to be proud of, celebrate, and defend. -H

At a recent campaign stop in New Hampshire, Clinton told attendees that she voted numerous times as a senator to "build a barrier to try to prevent illegal immigrants from coming in." Clinton also said that the U.S. must control its borders.

As early as 2006, the National Association of Hispanic Journalists urged media outlets to abandon use of the term, which it called "dehumanizing." News outlet Colorlines began its "Drop the I Word" campaign in 2010; the Associated Press dropped "illegal immigrant" from its stylebook in 2013.

While Clinton has vowed to drop the term from her linguistic repertoire, other 2016 presidential candidates have used words far worse to refer to the country's immigrant population. In his June campaign announcement speech, Donald Trump called Mexican immigrants "rapists." Bush used the term "anchor baby" at an August rally. In fact, Clinton responded to Bush's use of the term on Twitter after the gaffe.