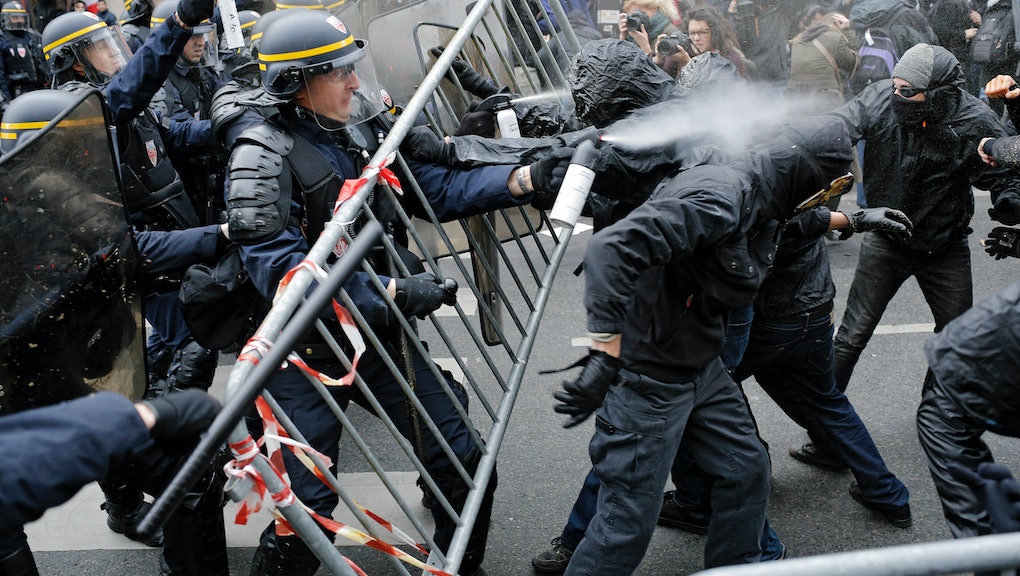 Climate activists staged approximately 2,500 protests around the world on Sunday in advance of planned climate talks in Paris, which are expected to draw 22,000 official delegates.

Beginning Monday, more than 120 world leaders will meet to discuss how to best offset the potentially catastrophic consequences that could arise from unchecked global climate change during the 2015 United Nations Climate Change Conference. These talks are considered the most important of their kind in decades. In the U.S., President Barack Obama's success or failure helping hundreds of countries agree to a plan to lower global greenhouse gas emissions will likely be a legacy-defining event.

The demonstrators demanded the talks end in a deal that will firmly commit the countries of the world to a plan that keeps emissions manageable for the environment, according to the BBC.

Famed British actress Emma Thompson was among those in attendance at the largest rally in London.

"I know we're not going to get as much as we need, but what is fantastic is that we have all the countries of the world represented for the first time," Thompson told the Guardian's Emma Howard. "Therefore, there's a real opportunity to bring together everyone's needs and everyone's way forward has to calibrated with everybody else."

50,000 others joined the march, reports BBC, including Mickaele Maiava from the New Zealand territory of Tokelau, which has seen its formerly fertile farmlands polluted by rising saltwater.

Demonstrators also turned out in countries from Colombia to Yemen.

In Paris, however, around 200 protesters clashed with police on a street "leading to Place de la Republique, which has become a gathering place for Parisians since the terror attacks on Nov. 13," NBC News reports. Approximately 100 people were arrested, and police made heavy use of tear gas while dispersing the crowd.

Marches in France are banned under the state of emergency following the Nov. 13 terrorist attacks in Paris, which killed at least 130 people and wounded 350 others, leading directly to the confrontation with police.