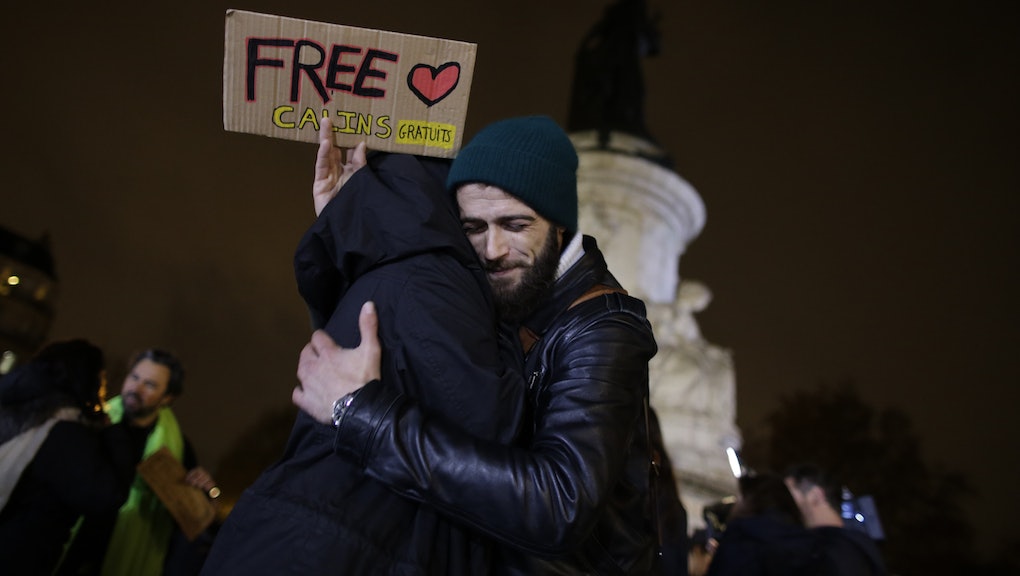 The Islamic State group has claimed credit for a gun and suicide bomb rampage on Nov. 13 in Paris that killed at least 130 people and wounded over 350 others. In the weeks following the attacks, political commentators demanded peaceful Muslims around the world denounce terrorism, be held responsible for crimes they did not commit and stop playing the victim card.

Many Muslims did denounce the attacks. Others refused to apologize, saying they would not be held collectively responsible for the actions of extremists.

On Nov. 27, Christian man Robert L. Dear attacked a Planned Parenthood clinic in Colorado Springs, Colorado with firearms, killing a police officer, two civilians and wounding nine others. In the aftermath of the attack, Dear told law enforcement part of his motivation was "no more baby parts" — an apparent reference to baseless right-wing allegations the nonprofit is involved in for-profit sale of fetal organs, based mostly on selectively edited videos released by a socially conservative group called the Center for Medical Progress.

As countless people on Twitter pointed out, no one is asking all Christians apologize for Dear.

It would be just as unfair to blame all Christians for Dale's attack as it is to assign collective responsibility to all Muslims for the horrible events in Paris, since the vast majority of both do not agree with violence in the name of religion. Nor do most religious people worldwide.

Dale, whatever his beliefs, does not represent Christianity any more than ISIS represents all Muslims. A Gallup poll released this November found that "in 11 countries with significant Muslim populations, people from Nigeria to Jordan to Indonesia overwhelmingly expressed negative views of ISIS."

A Gallup poll of 130 countries in 2011 concluded "public acceptance of violence against non-combatants is not linked to religious devotion," adding "strong levels of popular rejection of deliberate attacks on civilians are linked to a healthier, more stable society, a lower risk of social conflict, and higher levels of human development" rather than religiosity. In other words, terrorism occurs more often when marginalized or isolated groups of people become radicalized, not particularly when those people proclaim a particular faith.