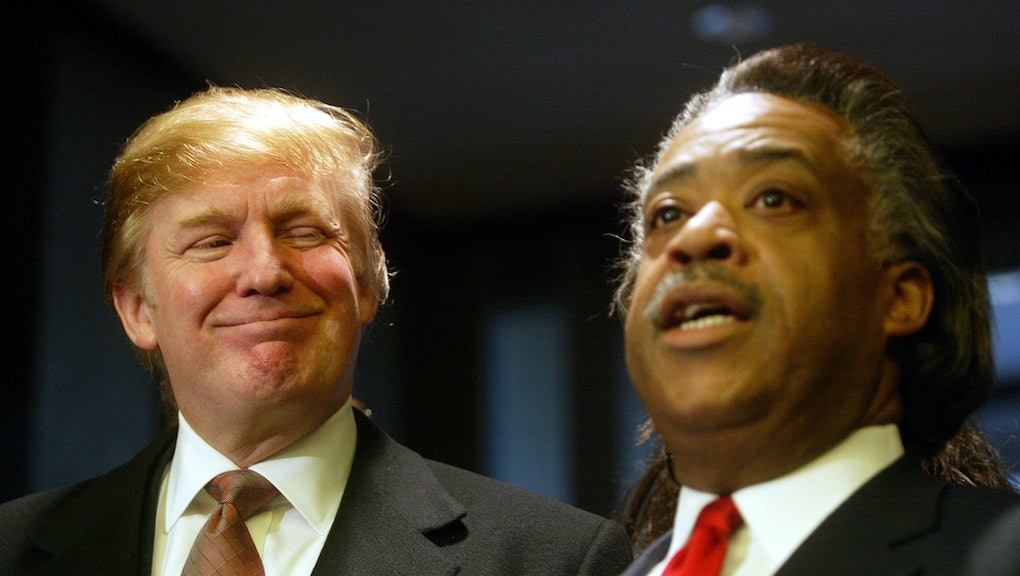 On Sunday, Donald Trump's presidential campaign canceled a scheduled Monday press conference with 100 black clergy members after many of them denied his claim they were attending with the purpose of endorsing him.

"Trump will be joined by a coalition of 100 African-American Evangelical pastors and religious leaders who will endorse the GOP front-runner after a private meeting at Trump Tower," the campaign announced on Wednesday, Politico reports.

However, after many of the clergy members repudiated the statement, the campaign announced on Sunday they had canceled the press conference and would instead host an "informational meet-and-greet" that would be closed to the press, according to the Washington Post.

"On Monday, Mr. Trump will host an informational meet-and-greet with many members of the Coalition of African American Ministers," the Trump camp wrote in an email addressed to journalists scheduled to attend the original event. "This is ... a private meeting, after which a number of attendees are expected to endorse Mr. Trump's campaign for President," the email read.

The campaign also shifted its language, removing the previous assertion that clergy members "will endorse" Trump, and replacing it with a clause about the clergy being "expected to endorse" Trump in the latter.

Thou shalt not lie. Detroit pastor Corletta Vaughn was listed as an attendee — though in a Facebook post on Wednesday, Vaughn said while she was invited, she had declined to attend. In a separate post that day, she also described the candidate as "an insult and embarrassment."

"Telling me I should not go meet with Trump is like Peter telling Paul to not go to the Gentiles. Even people you deem unworthy need the truth!" Couzens wrote. "Don't equivocate an invitation with a personal endorsement. He is very likely to be the Republican nominee."

"I want to personally hear from Mr. Trump about his agenda for mass incarceration, gentrification, recidivism, access to economic opportunity for minorities, religious profiling of Muslims, police brutality, gun control, racial profiling and immigration," Couzens added. "I want to look him in the face and ask him about the divisive tone of his campaign."

On Friday, more than 100 black religious leaders and scholars published an open letter in Ebony in response to Couzens and all other black clergy members scheduled to attend Trump's event.

"Mr. Trump routinely uses overtly divisive and racist language on the campaign trail," the clergy members wrote. "Most recently, he admitted his supporters were justified for punching and kicking a black protester who had attended a Trump rally with the intent to remind the crowd that 'Black Lives Matter.'"

"Trump followed this action by tweeting inaccurate statistics about crime prevalence rates in Black communities — insinuating that Black people are more violent than other groups," they said of the contentious neo-Nazi-fabricated stats Trump tweeted after the incident at his rally.

After receiving heat for the inaccurate and racially charged tweet, Trump refused to retract or apologize for it. "Am I gonna check every statistic?" he asked during an appearance on Fox News. "All it was is a retweet."

50 shades of brown: Through his campaign rhetoric, the schismatic presidential candidate has developed a reputation for singling out and targeting minorities.

He came under fire on Sunday's Meet the Press after host Chuck Todd challenged Trump for his claim he saw Muslims in New Jersey celebrating after the 9/11 attacks.

Trump alleged on Nov. 22 he saw "Muslims cheering as the World Trade Center came down," the Washington Post reports, though fact-checkers and reporters have found no evidence of this.

It remains to be seen whether Trump can woo black religious leaders — a politically influential demographic — in the face of his embroiled campaign.