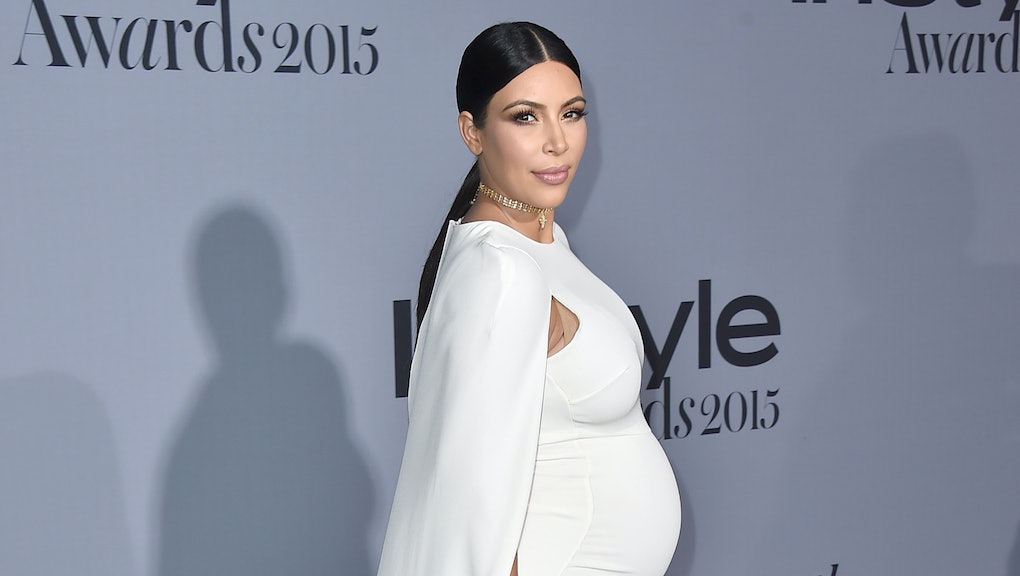 On Sunday night's episode of Keeping Up With the Kardashians, Kim Kardashian's pregnancy cravings turned her into a globetrotting foodie. She flew all the way to Paris purely for some churros and cheesecake and to New Orleans to experience the taste of crab fingers and beignets.

"You're like a closet eater," Kardashian matriarch Kris Jenner said to her diva of a daughter at one point in the episode. "You need an ankle bracelet."

But while Kris's comments were coming from a place of motherly concern (Kardashian eventually went to the doctor later in the episode, where she had a brief diabetes scare), the trolls of Twitter weren't as nice. When one Twitter user popped into Kim's mentions to shame her for loving sweets so much, she responded in a delightfully tongue-in-cheek fashion.

Pregnant celebrities who indulge in food cravings are often subject to judgment, unsolicited "advice" and insults from Internet randos with nothing better to do.

A recent example was seen on Chrissy Teigen's Instagram, when the model uploaded a mouthwatering picture of a Cap'n Crunch and Fruity Pebbles cereal combo. Instead of being like, "Oh, that sounds like a delightful combination of cereals," commenters got all up in her grill about whether or not it was an appropriate choice of food for a pregnant woman.

But food shaming is hardly just a pregnant woman's problem. Pretty much everyone has to deal with the occasional passive-aggressive comment or side-eye if they tear into a bag of Cheetos too aggressively. But as YouTube star Meghan Tonjes pointed out earlier this year in the wake of the infamous Ariana Grande donut-licking scandal, judging people for their food choices is a garbage practice that highlights just how hypocritical our society is about food and weight.

In short, anyone who yucks your yum on social media is probably not worth responding to. But if you must defend your junk food choices, take a page from Kim Kardashian's book and just own up to it. Even if you are flying all the way to Paris for some churros.