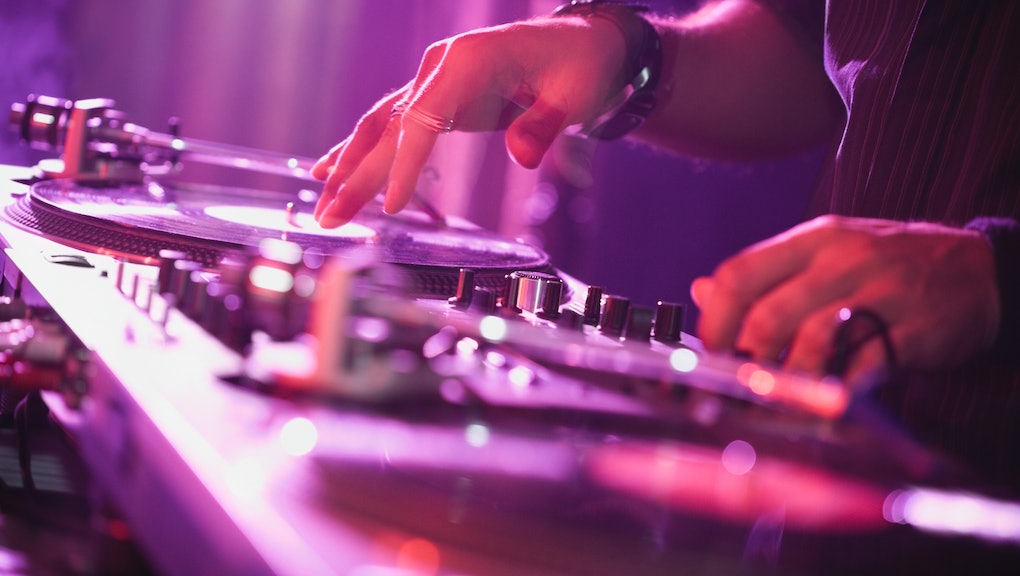 SoundCloud Takes Down a Silent Track for Copyright Infringement

You no longer have the right to remain silent.

A secretive Danish artist collective called DJ Detweiler is known for their remix of Miley Cyrus' "Wrecking Ball" with added air horn and recorder. You won't find it if you go looking for it now — it's been taken down due to copyright violations.

"We consider ourselves not just anthropologists of copyright, but anarchists against the system," one of the members of DJ Detweiler told Mic over the phone, on speaker with a cacophony of other members of the shifting, growing collective.

Trouble is, DJ Detweiler's "remix" is a totally silent track.

SoundCloud said his song was in violation of copyright. The original piece that DJ Detweiler "remixed" is itself a totally silent piece — a piece by experimental composer John Cage called 4'33", written in 1952 to be played (or not played, more precisely) in three movements.

"In a way, John Cage is playing with the idea of owning the silence," a Detweiler told Mic.

The absurd history of silence: This isn't the first time that someone has been punished for making something out of nothing. When British Composer Mike Batt included a track called "A One Minute Silence" on a classical rock album, the John Cage trust sued Batt for plagiarism. The case was settled out of court for a six figure sum.

It's this kind of absurdity that inspires copyright protests from DJ Detweiler. According to EDM news site Your EDM, SoundCloud's "lazy" copyright controls flagged the song simply based on its title, as opposed to how other platforms like YouTube flag copied content — running algorithmic analysis to see if the sound itself matches copyrighted content in a database.

But DJ Detweiler's problem isn't with SoundCloud — they wanted that to be very clear.

"We've cut ties with SoundCloud completely and totally and we've tried to distance ourselves as much as possible from SoundCloud," one of the Detweilers told Mic.

The Detweilers have a disparate set of individual approaches to their political interest of choice, but they all unanimously want copyright overhaul. For them, copyrighting silence is as absurd as Facebook suing Twitter for using the color blue in their logo.

"Copyright is obsolete," one of the DJ Detweilers told Mic. "It's something from the past. Everything in creation is based on other creation."

"I mean, I don't think that," another Detweiler interrupted. "I think every concept stands by itself."

"No, mate. No, mate," another Detweiler jumped in. They began arguing.

"If you make a 4/4 beat, it's because you've heard that beat somewhere."

"But what if it just came from the heartbeat?"

"Can you copyright a heartbeat?"

DJ Detweiler has more on the way: Books, music and semi-public appearances included. They hold public meetups, where anyone from off the street can come and talk about copyright reform — the way they see it, almost anyone can be considered a creator or artist to some extent these days, so everyone has some skin in the copyright game.

"The main point is that copyright laws are antiquated, and there needs to be some sort of collapse for it to rebuild," a Detweiler told Mic.

"It's like the economy of America right now," one of the quieter Detweilers added during our conversation. "You know the whole bubble burst, the 'New Great Depression?' That shit is synonymous with the copyright problem right now."

Update: This story has been updated after we received comment from DJ Detweiler. SoundCloud has also alleged that the original track uploaded by DJ Detweiler included a Justin Bieber sample.