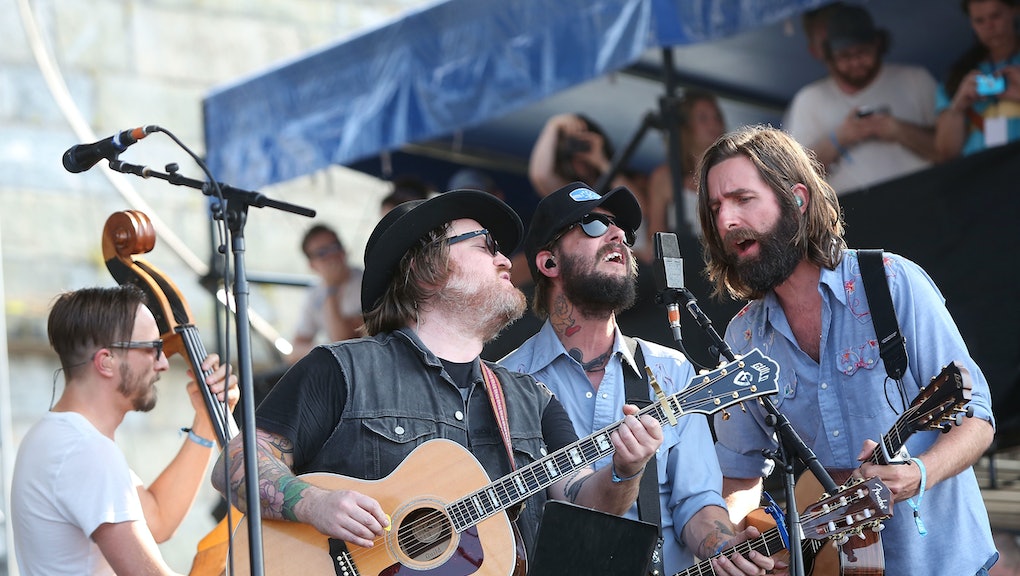 Band of Horses New Album: Release Date Updates and What We Know About Latest LP

The years since 2012's Mirage Rock have been fairly quiet for band members Ben Bridwell, Ryan Monroe, Tyler Ramsey, Bill Reynolds and Creighton Barrett, but in November, the band tweeted that they'd wrapped work on their latest LP, slated for release in the spring. Jason Lytle and Dave Fridmann, two notable names in indie rock, are also featured in the album's liner notes.

Last December, the Seattle-born band posted "Hang An Ornament," a Christmas-y collaboration with Lytle, on its SoundCloud page. The track came coupled with the announcement that Lyle, part of the band Grandaddy, would be producing the next Band of Horses album.

The band then fell silent on its newest project until October, when frontman Bridwell told Spanish-language music blog Binaural (translated by Stereogum) that the new album would be a "very dense record." Bridwell compared it to the band's 2010's Grammy-nominated album, Infinite Arms, which set Band of Horses apart from its Pacific Northwestern peers.

Fans can expect a similar sound from Band of Horses in 2016. Bridwell attributes the new album's complexity to Lytle's influence. "If you listen to his band you'll see that they're very cinematic, very symphonic," Bridwall told Binaural.

And then there's the Fridmann factor. Formerly the bassist for alt-rock group Mercury Rev, Fridmann is now a producer with three of Rolling Stone's 100 Best Albums of the 2000s (Yoshimi Battles the Pink Robots by The Flaming Lips, Oracular Spectacular by MGMT, and The Woods by Sleater-Kinney) who has also worked with Weezer, Mogwai, Neon Indian, Tame Impala, and Phantom Planet (to name a few). In his Binaural interview, Bridwell mentioned that Fridmann would be mixing the newest Band of Horses album. In a Nov. 17 tweet, Lytle confirmed it.

In July, Bridwell partnered with Iron & Wine to record a cover album entitled Sing Into My Mouth. Band of Horses released Acoustic At The Ryman, recorded over two nights at Nashville's Ryman Auditorium, but 2016 will mark the group's first new release in four years.