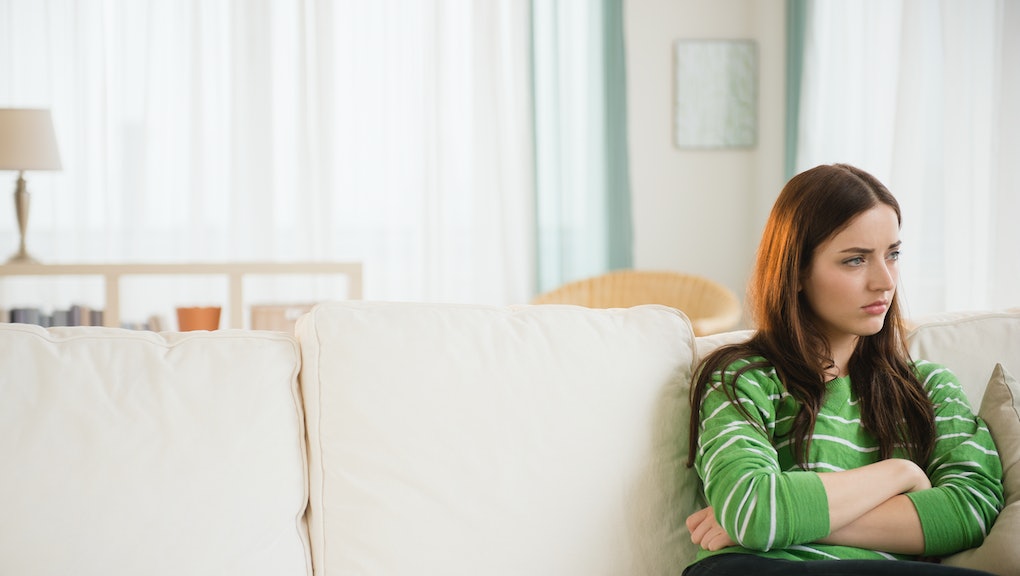 There's a new reason to get off the couch and go meet real people: Loneliness activates the same response in your body as fighting, stress and anxiety.

A team of genomics researchers at UCLA published a paper in the science journal Proceedings of the National Academy of Sciences, finding that perceived social isolation, or loneliness, may be connected to higher rates of chronic disease and mortality.

Your body simply isn't prepared to handle chronic loneliness. It triggers a fight-or-flight response — that hypervigilant state your body activates during physical and mental stress, that causes your body to tense up and makes your heart rate skyrocket. Fight-or-flight response increases immune system inflammation from white blood cell activity, since your body believes it has been wounded or infected. In other words, whenever you reach this state, your body thinks it's in a heated battle.

According to Dr. William Barr, associate professor at the Departments of Neurology and Psychiatry at NYU Langone Medical Center, your body's reaction to loneliness is based on centuries of human evolution. We've been programmed to function in groups, and when we're not in those groups, or feel as though we aren't, our body and mind crave other people.

"Our immune functions are typically elevated because we are used to being around other people, where we can catch diseases from them," Barr told Mic. "If you are not with those people, your immune system goes down because there's nothing to protect you from. That makes you susceptible to all sorts of diseases."

With loneliness, according to UCLA genomics researcher Steve Cole, that state can be your immune system's undoing, linking fight-or-flight response to cancer, depression, chronic inflammation and a shoddy immune system that's less protective against illnesses.

"That explains very clearly why lonely people fall at increased risk for cancer, neurodegenerative disease and viral infections as well," Cole said, according to NPR.

Cole's team tested the 141 subjects used in the study once a year for five years, taking blood samples and asking how lonely they felt at the time of testing. The results indicated that when subjects felt lonely, they had high levels of norepinephrine, a stress hormone, in their blood.

Norepinephrine operates as a defense mechanism in the body, shutting down systems to protect them while the body produces white blood cells to come to the body's rescue.

This is what causes inflammation. "It's this surge in these pro-inflammatory white blood cells that are highly adapted to defend against wounds," Cole said, according to NPR, "but at the expense of our defenses against viral diseases that come from close social contact with other people."

It's a vicious cycle. You can get sick because you're lonely, and then that sickness keeps you from connecting to people, making it even harder to overcome loneliness. According to Cole, this process explains why people with chronic illness are also more likely to suffer from loneliness and depression — and vice versa.