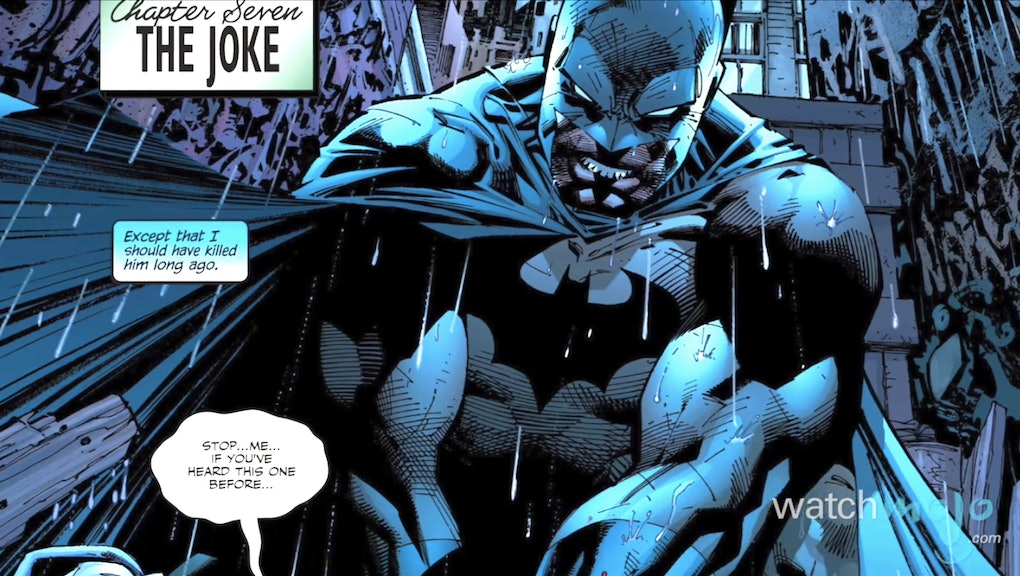 Batman has been known to work both with and against Gotham's law enforcement. But in the latest account of his heroics, Dark Knight III: The Master Race, Batman's actions are more relevant than ever when he saves a young black citizen from police brutality.

In the comic, the Dark Knight encounters a young black man who, after being trailed by a police car while walking the streets of Gotham at night, finds himself facing down the barrels of two police guns.

"Getting arrested," the man texts to his friend. When his friend asks why, he simply replies, "The man don't need a reason."

Swooping in from stage right is Batman. Emerging from the city's shadows, the caped crusader lays the smackdown on the offending officers, saving the young Gothamite from peril.

Miller has in the past been reputed for his far-right politics, but in a Nov. 17 interview with Vulture he called himself a "libertarian" who voted for Hillary Clinton.

"Part of my job is to provoke," Miller admitted in the interview. "That means I'm getting your interest."

"[Batman] is, politically, radical and a revolutionary out to overthrow a corrupt police state," Miller said of his hero. "It's a very patriotic and loyal-to-the-law kind of story, but the established authorities were doing the wrong thing, so it took an outlaw to bring justice."

Historically conventional and chauvinistic, comics are progressing with the times more and more. In 2015 alone, Iceman, an original character from X-Men, confronted his sexual identity, and Batgirl was a guest at a transgender friend's wedding.