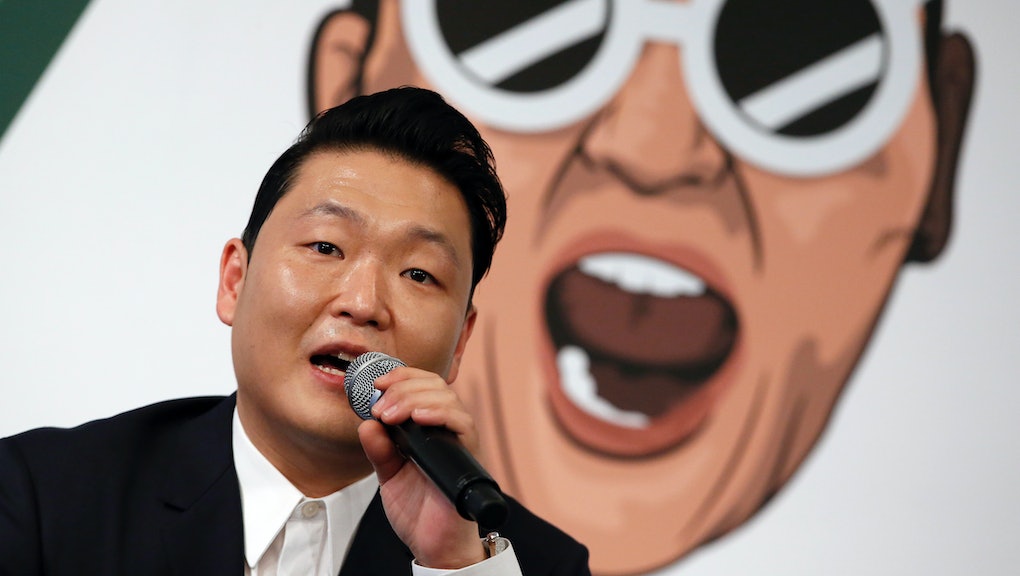 "I don't think another success like 'Gangnam Style' will happen to me again,"  Psy said Monday at a press conference at the Conrad Seoul Hotel in Yeouido, the Korea Times reported. "It is a miracle when songs full of Korean lyrics gain worldwide popularity. I cannot compare the new track 'Napal Baji' to 'Gangnam Style' and I don't want to."

Psy 7th Album: The nine-track album features a track "RocknRollbaby" with will.i.am and "Sing (Psymix)" with Ed Sheeran — a track that's only available by purchasing the whole album.

The nine-track album is available to purchase on Google Play.

Though the 39-year-old singer and rapper can be considered a veteran, he first rose to stardom in 2012 when his K-pop song "Gangnam Style" turned into an international hit and inspired folks everywhere to learn the music video's awkward dance moves.