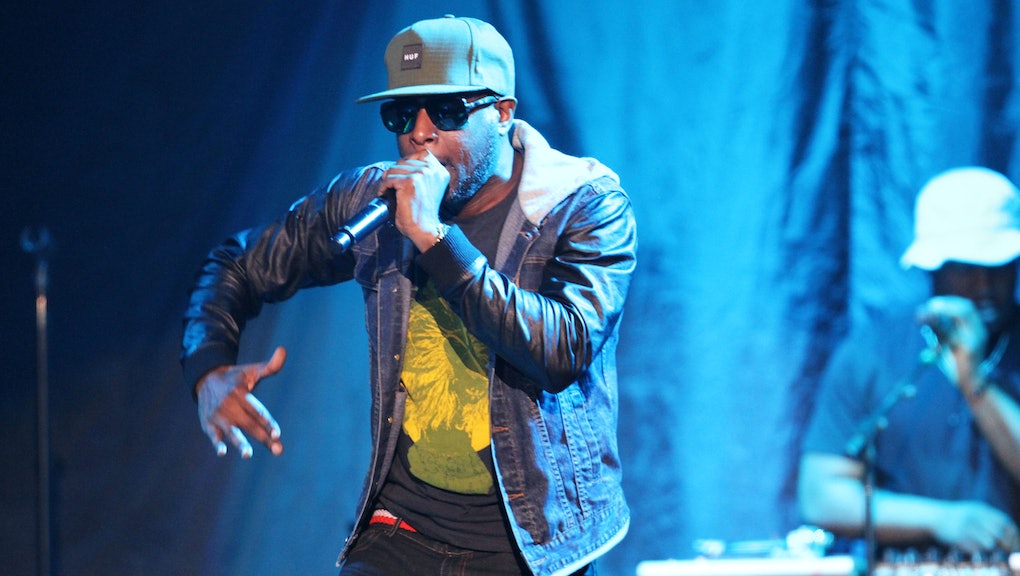 Outspoken rapper Talib Kweli says he was the victim of a racially motivated hate crime in Copenhagen.

On Nov. 27, Kweli posted on Instagram, "I've been hearing about Danish racism on the rise. I witnessed it firsthand."

The post continued: "I was attacked by two bigots last night saying they 'hate me' and they didn't even know who I was, they just didn't like the color of my skin. It wasn't an Internet attack, it was physical. I was hit and kicked."

Kweli wrote the incident was yet further proof that "racism and hate doesn't stop for ppl with money or 'celebrity' whatever that means. They stop nothing tho. The show still went on, Copenhagen was a great crowd ... I will always love my fans in Denmark."

Denmark, like much of Europe, indeed has a growing far-right movement. The continent has seen a resurgence of right-wing parties in the past year, which has worried both liberals and more centrist conservatives.

According to a September article in the Week, Denmark's far-right Danish People's Party surged in popularity after "public disgust over a shooting rampage in Copenhagen in which the son of Palestinian immigrants killed two people and wounded five."

"Already, it has slashed benefits for migrants in half and begun taking out ads in Lebanese newspapers warning asylum seekers not to come to Denmark," the article continued.

Kweli's point about celebrities also falling victim to racism was recently mirrored by Today weatherman Al Roker, who recently posted to Twitter about a cab driver who refused to pick him up in New York City, passing him over for a white customer.