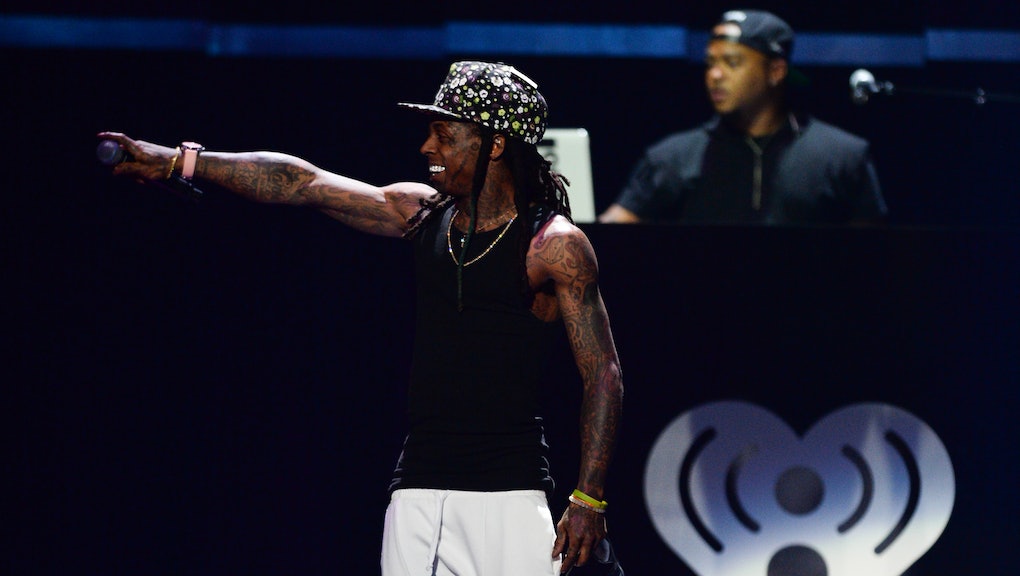 "Fireman" rapper Lil Wayne announced on Tuesday that he's gearing up for his The Dedication Tour, which kicks off Jan. 21 in El Paso, Texas, according to a press release from the artist. Tickets go on sale Friday. Here's everything to know about tour dates, cities, ticket info and more.

Lil Wayne tour dates and cities: The Dedication Tour will hit a confirmed 19 cities across the United States including Richmond, Virginia and Grand Rapids, Michigan, among other cities Weezy hasn't regularly toured. Hip-hop duo Rae Sremmurd, made up of brothers Khalif "Swae Lee" Brown and Aaquil "Slim Jimmy" Brown, will join Wayne on tour as guests.

Here are the tour dates and cities, per the press release:

The Dedication Tour ticket info: Tickets officially go on sale at Live Nation's website, who's producing the tour, on Friday, with the exception of some cities. Members of Jay Z's streaming service Tidal can purchase presale tickets early on Wednesday, beginning at 1 p.m. EST.

Lil Wayne's recent music ventures: Weezy released 24-track mixtape No Ceilings 2 on Thanksgiving, a follow-up to his 2009 No Ceilings, featuring hip-hop artists Future, Yo Gotti and Curren$y, Forbes reported. Several of the tracks feature Lil Wayne rapping over the beat to rapper Drake's songs, according to Forbes.

The mixtape can be streamed and downloaded through Dat Piff. This was Lil Wayne's third mixtape released this year after Sorry 4 the Wait 2 in January and Free Weezy Album in July as a Tidal exclusive.