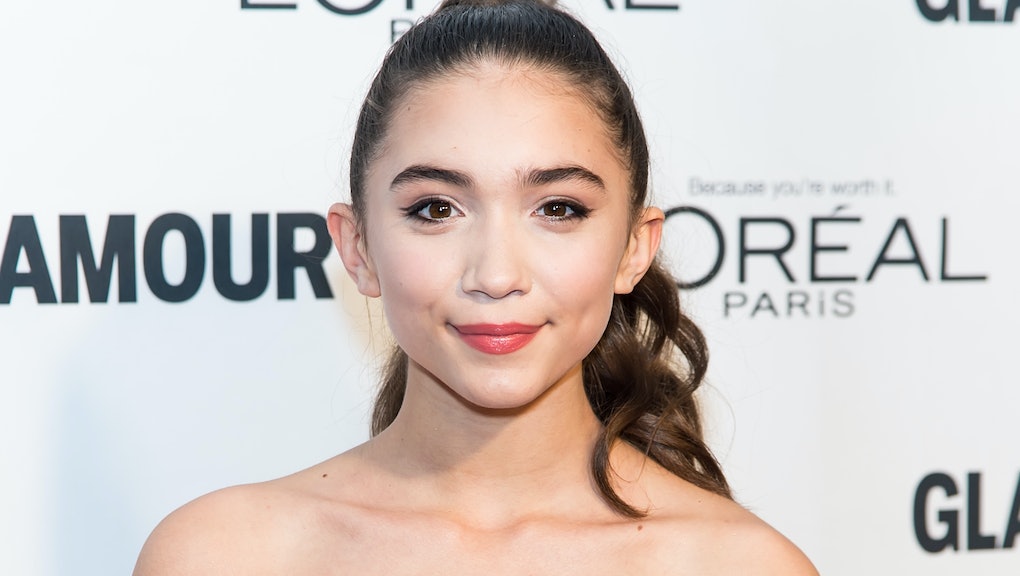 Actress and teen feminist Rowan Blanchard isn't afraid to call out the sexism she sees every day. In addition to previously taking stands against objectification, online harassment and white feminism, the 14-year-old is skewering another form of discrimination women routinely face: being told to smile.

Stop telling women to smile. "Stop telling me to smile on Instagram," the star tweeted on Sunday evening, adding that her decision whether or not to smile is just that: her own and "nothing more than that."

The star also retweeted followers who pointed out the sexist aspect of this phenomenon.

In addition to the insult of trying to dictate her emotions or ascribe meaning to them, Blanchard noted that many were spreading damaging myths about mental illness in their interpretations as well. People frequently conflate a sad expression or a lack of obvious emotion with depression, but, as Blanchard noted, depression is actually a "serious and personal thing that affects a ton of people."

It's this very misconception that leads to damaging attitudes perpetuated toward individuals who actually do have depression, Blanchard added. When those experiencing this illness attempt to talk about it, they're frequently told they're "overreacting," she tweeted.

A broader movement: Women's facial expressions may not seem like the most pressing issue on the feminist agenda, but the cultural tendency to encourage women to appear happy and pleasing to others highlights broader sexist attitudes that imply women exist to please others. Whereas men can acceptably exist in public any way they choose, women are policed on the streets — and, in Blanchard's case, on a public social media platform. Doing so effectively denies them access to authentic emotions.

Though Blanchard's decision to point out this problem to her own, likely young, fan base is commendable, her action also adds to a legacy of activism. Others have previously examined this phenomenon in their work — most notably, artist Tatyana Fazlalizadeh, who addresses this head-on in her project "Stop Telling Women to Smile."

Telling women to smile "has nothing to do with a man making a woman feel better. It has more to do with power and control," Fazlalizadeh explained to MSNBC in March. "It's about making her look more ladylike for [him] ... It comes down to men having women look like what they please. [Women] should smile when they feel like it."

Ideally, as more women like Blanchard push back on this issue, and label it as such rather than a routine annoyance or normalized aspect of being female, the more our society will accept a woman's right to the full range of human emotion as well as the freedom to express this range at any time.