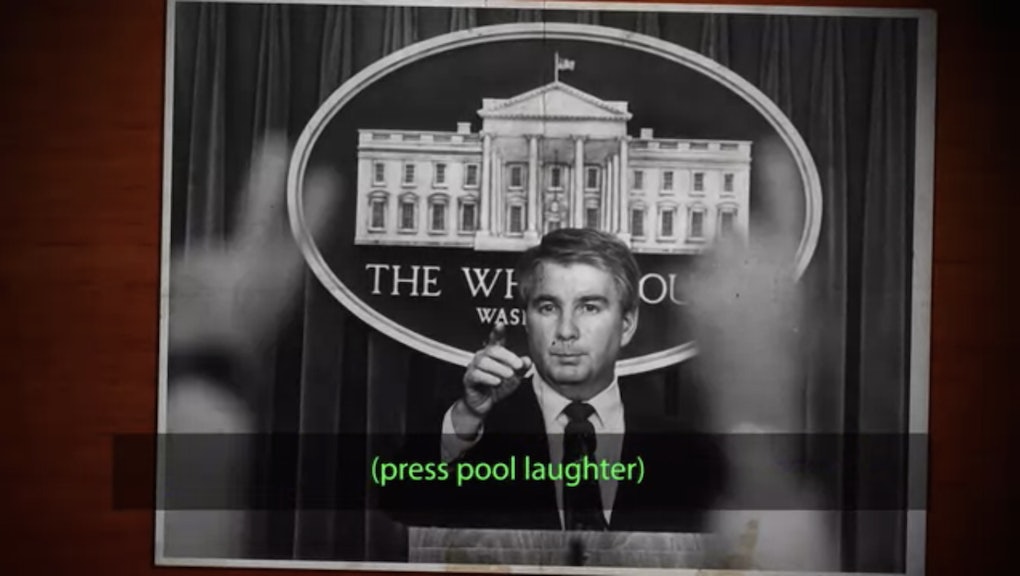 The film features journalist Lester Kinsolving, described by Vanity Fair as "a conservative (and not at all gay-friendly) fixture in the White House press corps," repeatedly asking Speakes how the administration is responding to the "gay plague," an apparent attempt to troll.

In the recordings, Kinsolving asks Speakes about the epidemic, to which Speakes replied, "I don't have it ... do you?" followed by a ribbing inquiry into how Kinsolving even knew about the disease.

Cue the uproarious laughter from everyone in the room.

"I checked thoroughly with [then-White House physician] Dr. Ruge this morning," Speakes said amidst more laughter. He also noted Reagan knew nothing of it.

By 1983, one year after the recordings, more than 2,300 people in America had died of AIDS. Only then did Speakes acknowledge that Reagan was aware of it at that stage and had designated $12 million for research. Still, the disease remained a laughing matter.

"Larry, does the President think that it might help if he suggested that the gays cut down on their cruising?" Kinsolving asked. His colleagues begin to snicker.

The documentary intercuts black and white images of people dying of AIDS with audio and stills from the press conferences which discuss what was then a national epidemic without the beginnings of a cure.

While transcripts of these have been available for years (read them here), experiencing the audio is a new level of jarring.

Watch the documentary in full below: